Ted and I caught the morning train to Toronto last Saturday and arrived a few hours before I was to appear at Inspire International Book Fair at the Metro Centre, which happens to connect to Union Station and the hotel where we were staying by skywalks. My pal Dawn Rayner going back to Lakehead University days met us and trucked around with me to the book fair and then out for dinner afterwards. She also bought some copies of Cold Mourning for Christmas presents - Dawn remains one of my steadfast supporters and friends :-)

My panel ran from 5 p.m. to 6 p.m. with a signing afterwards. We had a decent audience both sitting and standing listening as the hour unfolded. Steven Beatiie from Quill and Quire moderated the panel and kept it running smoothly. He'd obviously read all of our books and had insightful questions. 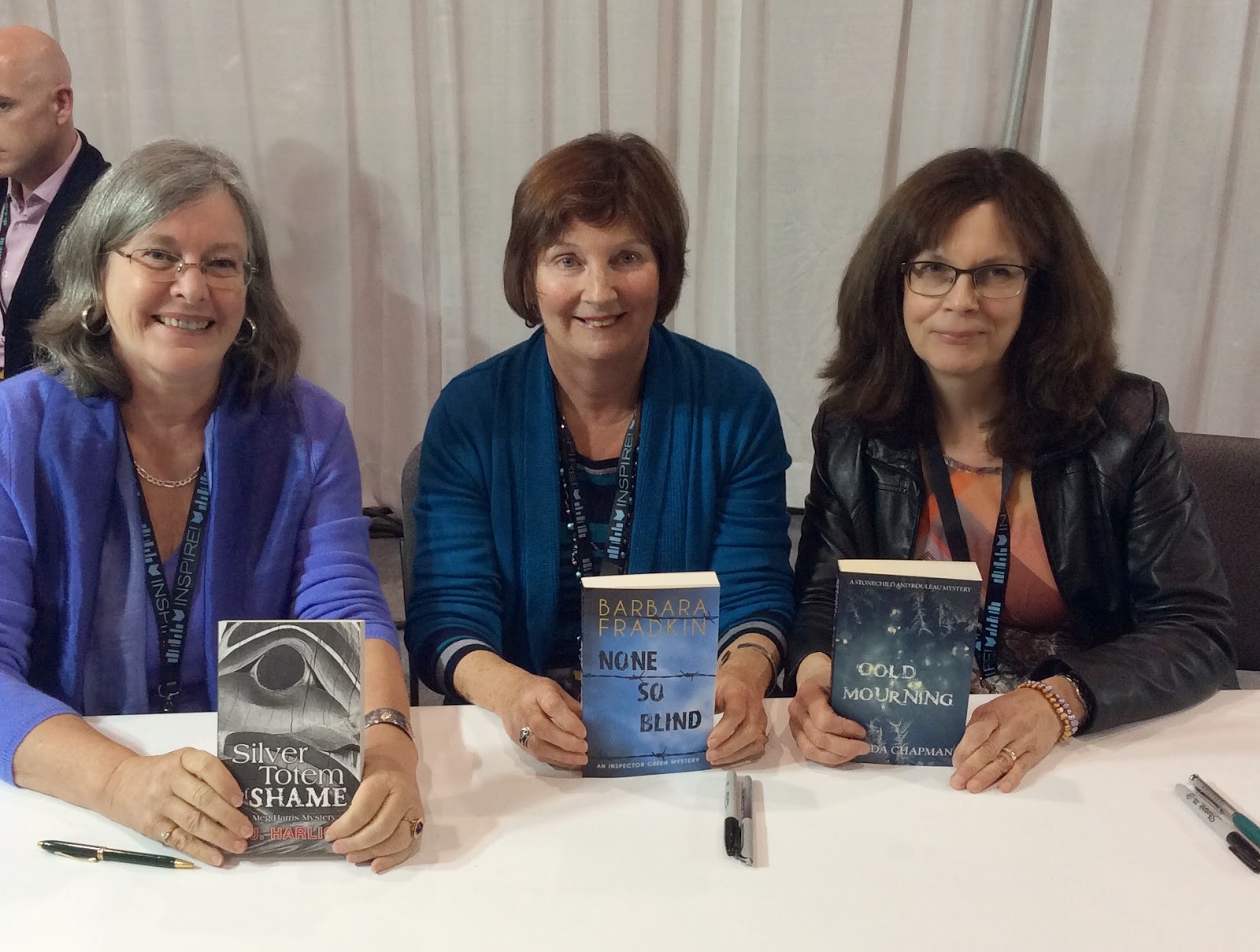 R.J. Harlick, Barbara Fradkin and me signing books after the panel 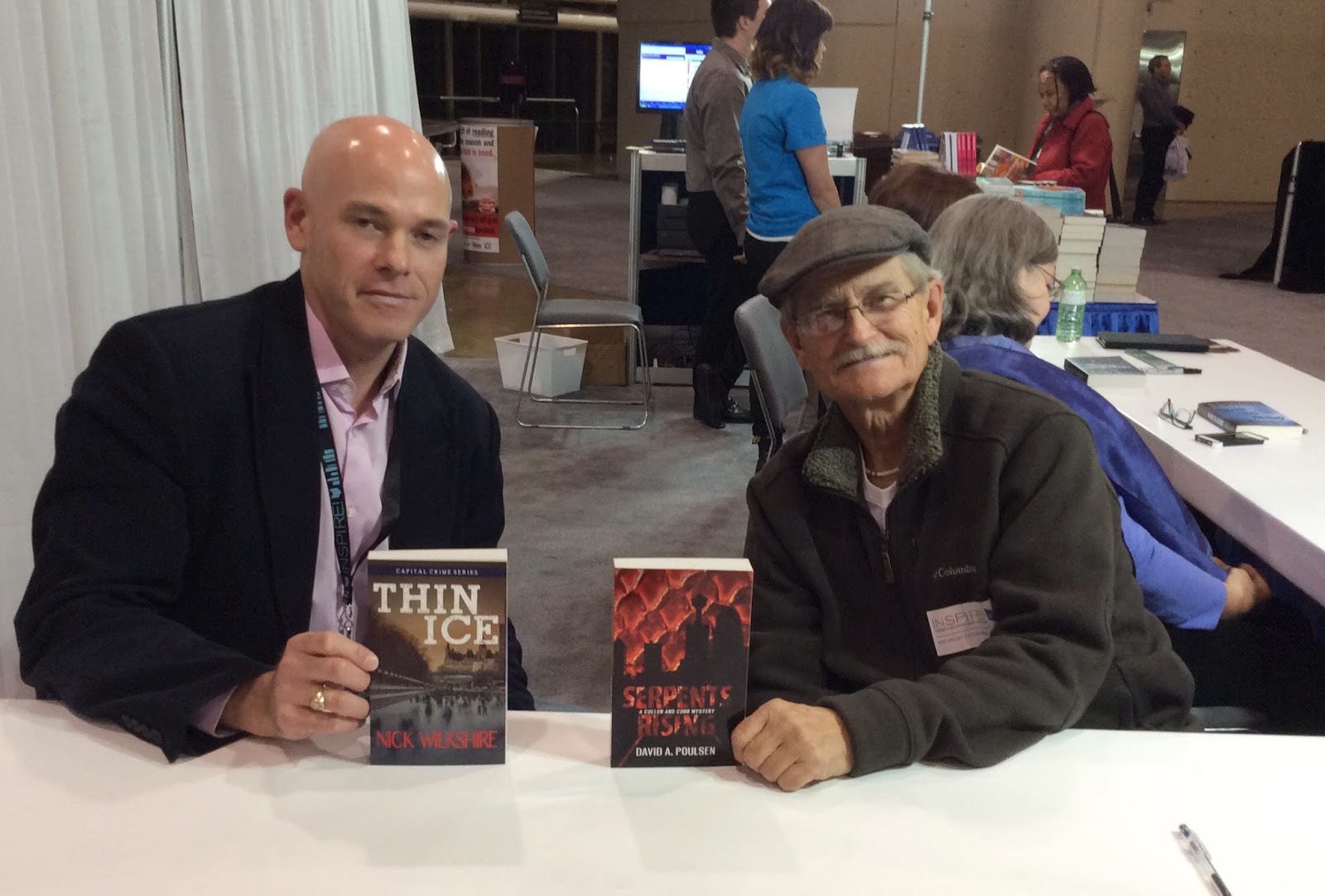 A view of the main stage
We were four authors from Ottawa and David Poulsen was the only exception and hails from Calgary. Nick Wiltshire is a lawyer who also works for the Department of Justice as do I although we hadn't met before this. So new books to check out!
I have some house-keeping tasks to do this weekend - review and sign a contract for the fifth Anna Sweet, collect up receipts and do some finance recordings, work on a blog post ... I also have gotten a rhythm going on my latest manuscript and am making progress so will be trying to keep this going. Now at 13,000 words.
A Model Death (4th Anna Sweet) boomeranged back this week for a final look. The release date is January 2nd, in time for my visit to Moose Jaw in February where I have an appearance lined up with a literacy group. My next gig is December 10th in Ottawa at the Capital Crime Writers Christmas dinner - I'm guest speaker and will be interviewed by Mary Jane Maffini so should be a good time. Over forty people have registered for the dinner with a few spots left. After that, it's the launch party for Butterfly Kills at Whispers pub on Sunday, February 8th from 2-4 p.m. (mark your calendars!) I'll start advertising after Christmas.
And that wraps up the week that was and what's on the horizon. Between the train ride to Toronto and the ride home the next day, snow settled into the Ottawa Valley, bringing an early winter. However, we're warming up to 14 degrees early next week as our weather yo yo's from one extreme to the other. Canadian weather is not for sissies.
﻿
Posted by 7 Criminal Minds at Saturday, November 22, 2014