A rainy few days but temperatures are on the rise in the Ottawa Valley. Everyone is tired of the cold weather and winter that just doesn't seem to want to go away . . . but I have faith summer will soon put in an appearance. Last evening before supper, we sat on our neighbours' front deck in the few strands of sunshine, sipping on wine until we became too chilled to take it any more. My friends on the street have been talking about barbecues, gardens and street parties . . .

Last weekend, we were in Toronto for the weekend to watch the Players' curling championship at the old Maple Leaf Gardens on Ryerson campus at Church and Carleton. Very cool curling rink on the third floor of the renovated building - an engineering feat, no doubt. While the Homan rink lost in the quarter-final, they finished the season as the top money earner with the most points of any team, world-wide.

I took the opportunity while in Toronto to meet with my publicist and editor at Dundurn, whose offices are on the other end of Church Street, a hop and a jump from the downtown Via train station. Karen McMullin and I went over some of the marketing plans before I met with Jennifer McKnight, who is my editor this time around. Jennifer begins her edits on May 6 and I will be reviewing her changes the first few weeks of June. The publication date is February 10, so a bit earlier than the March date I was recently given. I also received the Dundurn fall catalogue this week with Cold Mourning included. It's still exciting to see my work making its way into the world.

And my big news - I finished the first draft of the Cold Mourning sequel -  Yay! This one took me over a year, with me taking a few month break to write My Sister's Keeper in the middle. I'm spending this weekend reading through the manuscript, changing details to coincide with the plot changes and looking for inconsistencies. The finickity work is beginning: the pounding and pummelling into shape; the making-the-puzzle-fit stage; the shaving words here and adding description there. Sort of like fitting yourself into a tight dress and manouvering all the bulges into the right places. I thoroughly enjoy this bit of the process (and stay away from full length mirrors in the meantime).

I e-mailed the Grass Roots publisher to let her know that I'll be starting the sequel in that series next week. I've got some ideas perculating and am keen to get started. These three writing projects that I have on the go will take me through the summer for sure. Then, the publicity work will also begin.

Ted asked me last night if one of my books got made into a movie, could I give up my day job. I'm not sure but would be willing to give it a shot. If any movie makers out there would like to make me an offer, I'm not adverse to entertaining proposals. I really don't have enough to keep me occupied as it is . . . . Seriously, wouldn't that be a huge kick to see my characters come to life on the big screen?

But for now, I'm imagining hot sun and typing on my laptop out on the deck with a glass of lemonade at the ready.

The future's so bright, I have to wear shades :-)

La la la la la ..... What movie lead sang out this refrain when happy? (Hint: We ate their relative this year for Easter dinner.)

Despite yesterdays's freezing rain/ice/snow/rain storm and the unseemly accumulation of snow this morning, I'm feeling pretty darn good. The tasks were piling up, but I'm on the road to unpiling them.

This week, I finally updated my author grid, which is Dundurn's publicity chart. They use it to send out ARCs (advance reading copies) to reviewers and to organize signings etc. I was also tasked with writing up a few character sketches and a series arc for Cold Mourning and managed to get that completed and accepted. I went on to tackle the paperwork for my taxes and am almost done. I'll have my package in to the accountant on Monday. Finally, I've written the first draft of the climax for the Cold Mourning sequel and and rounding into the home stretch.

I've been in touch with Dundurn and will be visiting with my newly assigned editor, Jennifer McKnight, and publicist, Karen McMullin, as well as senior editor Allister Thompson next Friday in Toronto. Jennifer has let me know that she'll start editing Cold Mourning on May 6 and I'll be reviewing her edits in June. The final proofs will come to me for one last look in early July. So the final tweaking and prettifying is soon underway.

After visiting Dundurn, Ted and I will be hiking it up to the old Maple Leaf Gardens to watch Lisa curl in the Players Championship, which features 15 of the top ladies' teams in the world and 15 of the top men's teams in the final slam event of the season. Should be a good, good day.

Speaking of publicity, two-time Arthur Ellis nominee C.B. Forrest kindly agreed to read a draft of Cold Mourning with a view to giving a cover quote if he liked the story. He's given me a glowing blurb, part of which is now on Amazon etc. I thought you might like to read the review in its entirety:


“Deeply atmospheric and tightly plotted, Cold Mourning is Chapman’s sharpest mystery yet. In Kala Stonechild we meet a damaged, complex and courageous heroine determined to leave her complicated past behind. But she finds the Nation’s Capital offers both beauty and danger as she gets tangled up in a high-profile murder investigation with enough twists and turns to keep the reader guessing. Chapman masterfully renders the streets and neighbourhoods of Ottawa – all the dark corners the tourists never see. Spare, haunting and unflinching – Cold Mourning will make you shiver long after you’ve put it down. A gripping read from the first line of the first page … ”

Writing is an odd pursuit. It can be exhilerating but also frustrating. I'm at that point in the manuscript that I'm working on (78,000 words) when I think the story is boring and predictable. After all, I've been working on this one for over a year. The self-doubt happens with every manuscript at around this same point, so I'm going to take a leap of faith and work through, just as I have faith the snow will melt before June and I'm going to land this sucker (to quote Tim Wynn-Jones) within the next few weeks. 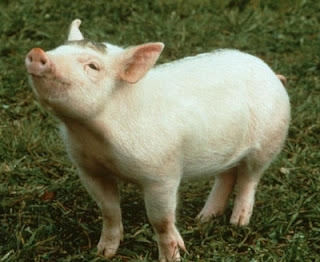 Anybody else getting tired of the cold weather and snow? We seem to take one warmer step forward and then five cold ones back. I'm ready for some beach weather so bring it on Mother Nature. Start stutting your stuff.

I got a call from my mother in Thunder Bay last week that someone had sent in a letter to the Chronicle Journal saying that I was Homan lead Lisa Weagle's mom and they mentioned my books and blog and posted a photo from my blog. Such a nice thing  to do - Thank you S.R. Macgillivray!

And just a plug for Northwestern Ontario - if you haven't taken the drive up from the Sault along Lake Superior to Thunder Bay, but it on your bucket list. The beauty along that stretch will will take your breath away. You can visit my home town of Terrace Bay and meet some great people - get in a round of golf, rent a cabin on one of the pristine lakes, build a campfire on the beach, eat rainbow trout right out of the lake . . . get in some communing with nature. I know a return drive North is on my to-do-in-the-near future list.

Writing has been going well as I start wrapping up the latest manuscript. I'm just over 75,000 words and have hit the climax of the mystery. I find endings tough to get right. You have to tie everything up without 'telling' and it has to be satisfying. Right now, I'm wondering if anyone else is going to get killed. The person I'm thinking about doing in is just too hard to contemplate so they might just get a reprieve. I won't know until I start writing that part. Their life is definitely teetering on a narrow ledge but not sure if or how far they're going to fall.

I'm psyching myself up to get my tax information ready and in the to accountant. I swear to all that's holy that I just finished doing them for last year. Maybe it's all just a big government plot to brainwash us into handing over our money. We just think it's been a year . . . . I just hate taking the day or two it's going to take away from my writing . . . and away from not doing them.

I also have to thank Janice in Cold Lake who has me autograph books and send them to her friends and family as gifts in various parts of the country. Much appreciated my friend.

So, best get my sorry self into action and start accomplishing something today. I'll buckle down right after I have another coffee and warmed up with a bit of reading. I'm reading Gone Baby by Gillian Flynn and am hooked.

Maybe, it is good that spring is holding off a bit. Otherwise, I'd be in the garden stretched out in a lawn chair, reading and having a nap.