A Little Catch Up

Just when you thought it was time to dryclean the winter coat, summer returns....and I am not complaining. Dusted off some shorts this morning as I get dressed to go curl my first game of the year this morning. Feeling a little like I have my feet in two seasons.

A Model Death has returned from the editor with her edits that I need to look at over the weekend. I have some other house-keeping to do - send in a bio for the October 15 event at Grounded Cafe, get caught up on some paperwork, find some past reviews for my Good Reads publisher - nothing overly pressing, but stuff that needs doing.

And, my exciting news this week is that I've hired an American publicist to promote Butterfly Kills. She's going to work on getting it reviewed in American publications and newspapers, so would be wonderful to get some U.S. press.

I'm going to carve out some time this week to work on my latest manuscript, now just over 3000 words. Time is getting to be hard to find as October looks like a mighty busy month already. My daytimer is already chock full.

Speaking of which, time to find my curling broom and head to the club. I'll be back at my computer this afternoon with sore legs I expect from getting down in the hack and sliding. Still, nice to get out there and throw some rocks even if I should be outside cleaning up the garden.

Enjoy the day, everyone.
Posted by 7 Criminal Minds at Saturday, September 27, 2014 No comments:

Have you noticed lately how fast the weeks speed by? I'm not ready for autumn...pretty sure we missed a chunk of summer. All of a sudden, it's dark when I get up for work in the morning - it was just a few weeks ago that I was putting on my sunglasses before heading out to catch the bus at quarter to seven. Soon I'll need a flashlight.

I was thinking this week how great it is to get unexpected e-mails from people - some friends and some strangers - who've read one of my books and have taken the time to let me know what they thought. Some insights and some touching remarks. I appreciate every one.

I've been writing this week, getting back into the mindset of writing in my spare minutes. I'm still very much on the opening few chapters of this new story and working ideas around in my head. It's taking that germ of an idea and working scenarios. I think I'm getting the engine into gear.

I heard from Pam, my Grass Roots editor. She's giving the just submitted manuscript a going over and will send her suggestions to me soon. I think the title has been accepted so will share it. The fourth Anna Sweet is called A Model Death. And yes, that is a double entendre I've got going on there. Pam sent some very positive feedback about the storyline as did the publisher so this one should work.

I've been in contact with an American publicist who has offered to take on Butterfly Kills. I saw her on a panel in Monterey in th spring and liked what she had to say about marketing. My publisher sent an arc of the manuscript to her and she read it before saying she would like to work with me. This could get me some publicity in the U.S. book market - not cheap though. Ted says to go for it. So, I'll let you know how this progresses!

I have two very different events coming up in October. Wednesday, October 15, I'll be taking part in an Ottawa International Writers Festival - an interview and reading at the Grounded Coffeehouse and Kitchen, 100 Gloucester Street.  I'll be appearing with Mary Jane Maffini and Barbara Fradkin with Mike Martin as our interviewer. The evening runs from 6:30 to 9:30 and will be open to the public.

Then Saturday, October 25, I'll be part of the Ottawa Public Library Kids' Lit Cafe at the Greensboro Branch - I'll be talking to a group of teens about writing. I always enjoy that!

So, another busy Saturday. Enjoy your weekend, everyone.

A Week in the Writing Life

Lots of stuff going on behind the scenes this past week - both in event planning and in my old noggin.

I've been tinkering with the opening chapter for the fourth in the Stonechild and Rouleau series and have something I'm happy with. However, the scenario has me pondering motives and clues and who will be in the second scene. Isn't it Winnie the Pooh who says, "Think, think, think."? Well, I've been doing lots of that.as I organize the plot and characters in my head. Now it's time to get the show on the road and get down to some writing. 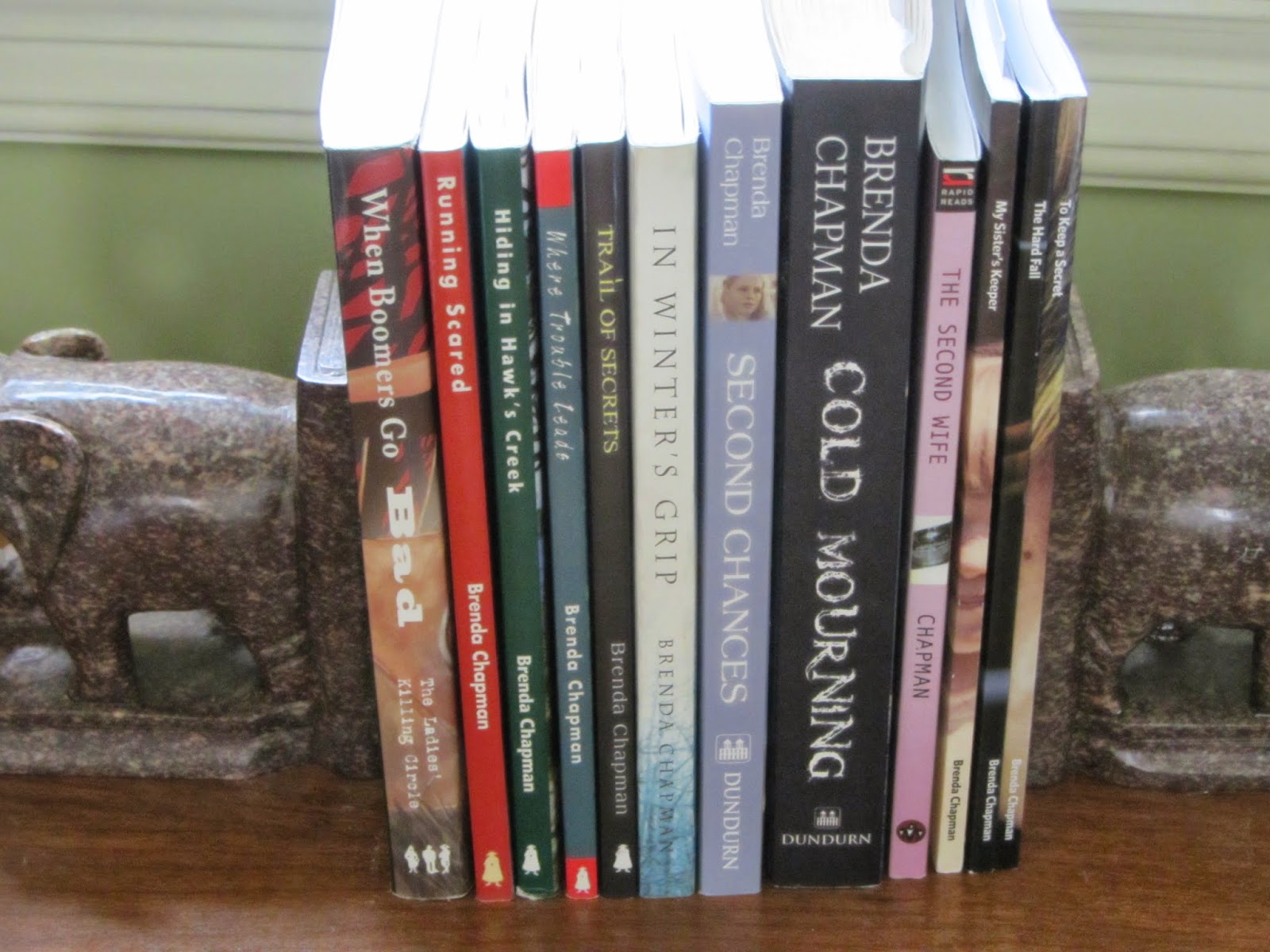 I attended the first Capital Crime Writers' meeting on Wednesday evening and what an interesting talk on guns and street gangs in Ottawa by A/Sergeant Ken Bryden. Interesting and unsettling -- I was nervous to go into the parking garage to find my car afterwards. I'm not sure when or how, but I'm certain that the information I gleaned from his talk will end up in a future book. I've gotten lots of fodder over the years from the excellent guest speakers at CCW meetings. In fact, In Winter's Grip was inspired by a Carleton University psychologist who spoke about psychopaths and narcissists at a meeting several years ago. So, inspiration can come from any quarter.

The signed contract for the third Stonechild and Rouleau came in the mail this week. I'm told that the publisher wants the editing to start soon. I haven't got a publication date but will be sent the time table shortly I expect. Butterfly Kills, the second Stonechild and Rouleau, will be released January 31, 2015, and I now have an Ottawa launch date to share. I've booked Whispers Pub for Sunday, February 8 from 2:00 to 4:00 p.m. A bit early to start promoting, but please mark your calendars - promises to be a party!

I'm also in contact with the Moose Jaw Literacy Network as we organize a reading in February.

I'll conclude with a book recommendation. I've been reading Jakob Melander's Copenhagen police procedural The House that Jack Built. Excellent writing and a gripping storyline. I'm half way through and keen to keep reading. I saw Jakob read from his book at the Ottawa Public Library earlier in the year and bought the book - making for a good fall read. 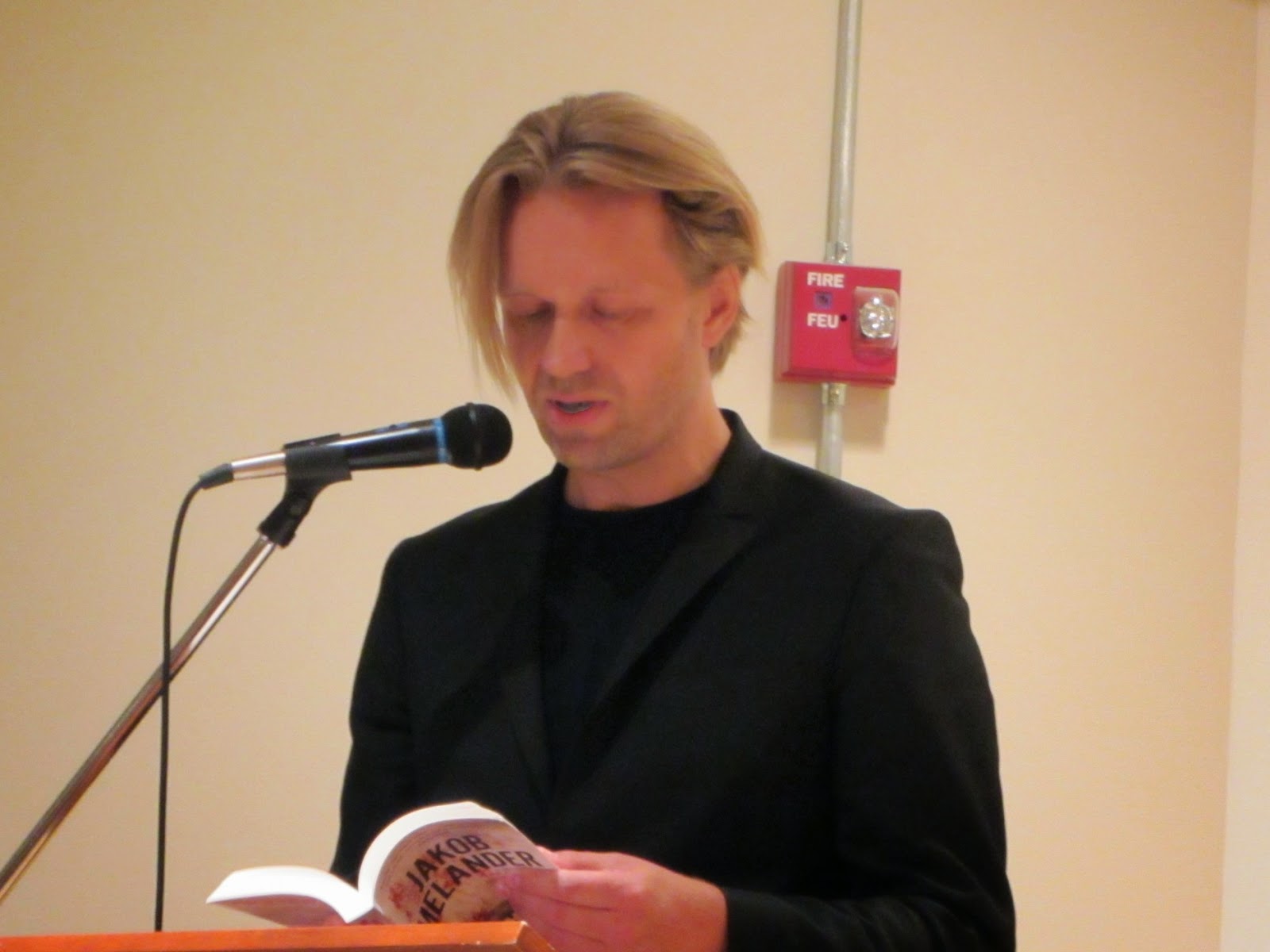 Posted by 7 Criminal Minds at Saturday, September 13, 2014 No comments:

A Sweet Start to September 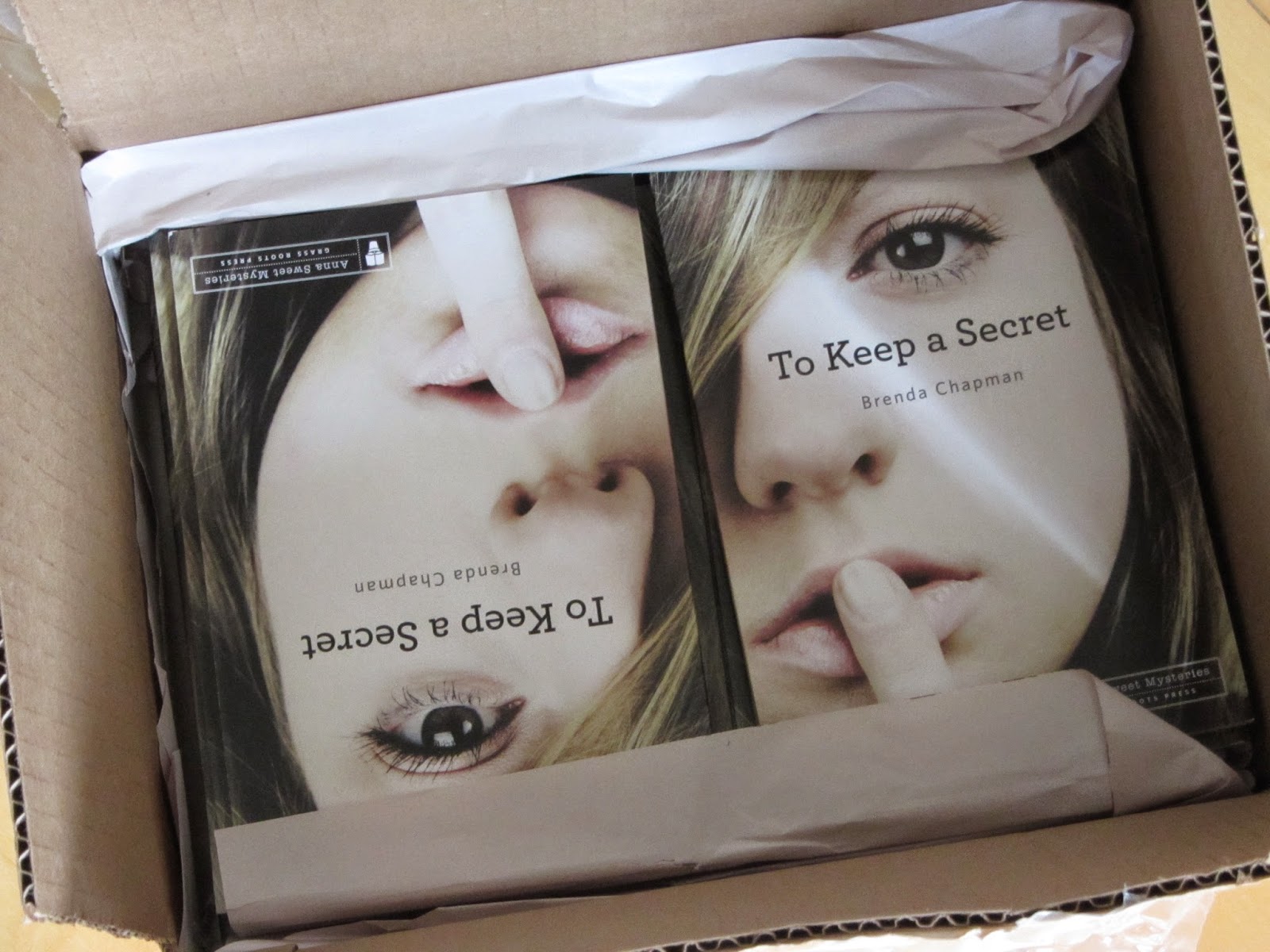 My publisher Pat Campbell says that this is her favourite in the series so far. I can't comment since that would be like picking amongst my children. However, I do think this is a good little read. Already, my dedicated readers are asking to buy copies.-- thanks so much to everyone. The books can be downloaded from Amazon or you can order directly from Grassroots Press. For those working in adult literacy, free chapter questions are downloads from the publisher site (also written by me!)

I finished the fourth Anna Sweet last week and submitted to Pat. She sent very positive feedback a few days later and has sent it to the editor. I'm not sure when A Model Death will be released, but the process has begun. I imagine I'll be receiving cover design images for my opinion in the near future. Such fun.

I've taken a week break from writing although I had an event in Perth last Saturday. After a great supper with Ted and friends at Bistro 54 (highly recommend), Tom Curran and I read from our books before the Classic Theatre's production, Dial M for Murder. I went first and read from Cold Mourning - rather cool to be standing on stage in the middle of the set, which you can see in the photos. My reading was well received and several copies sold at intermission. The play was great too! 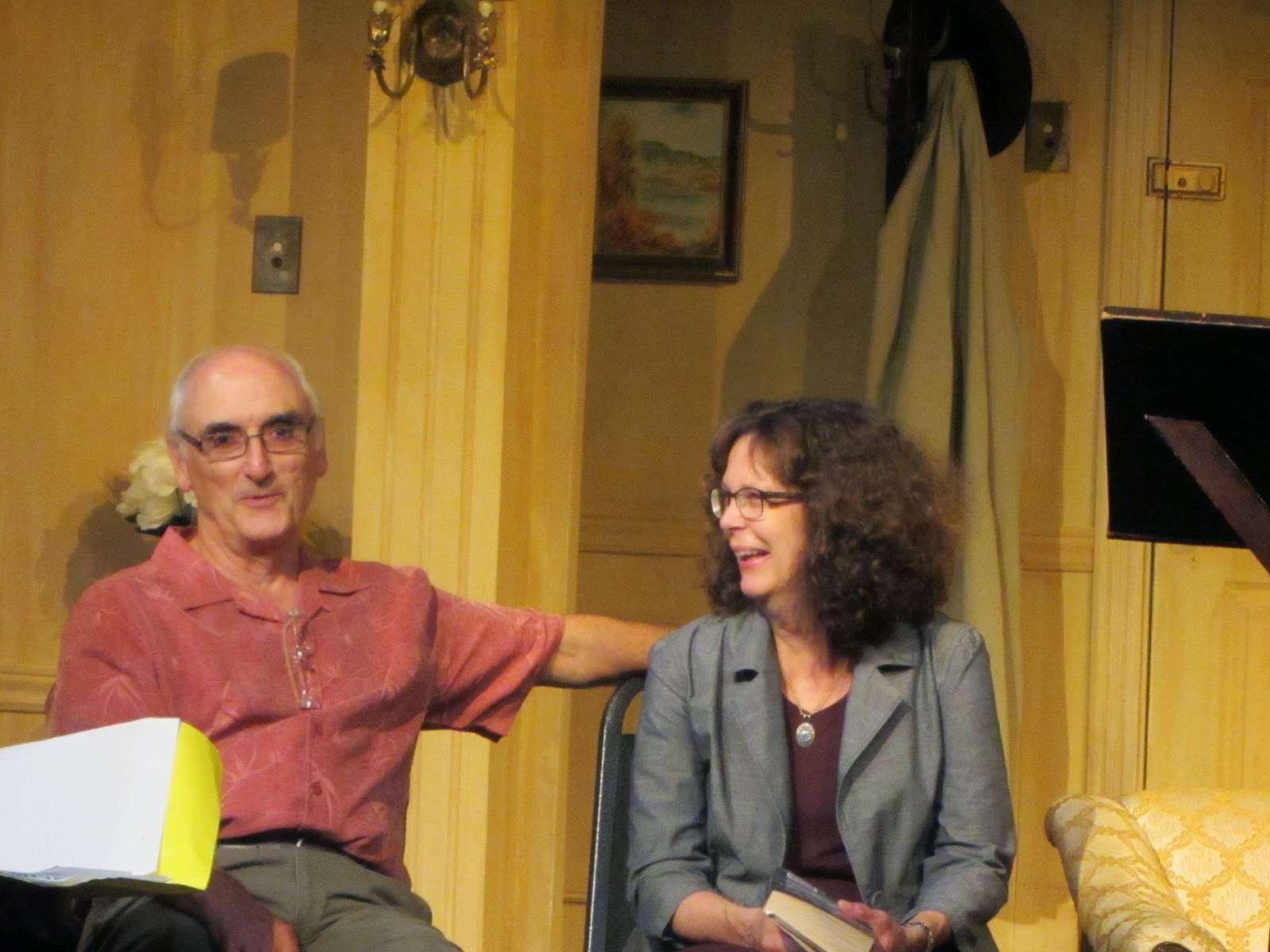 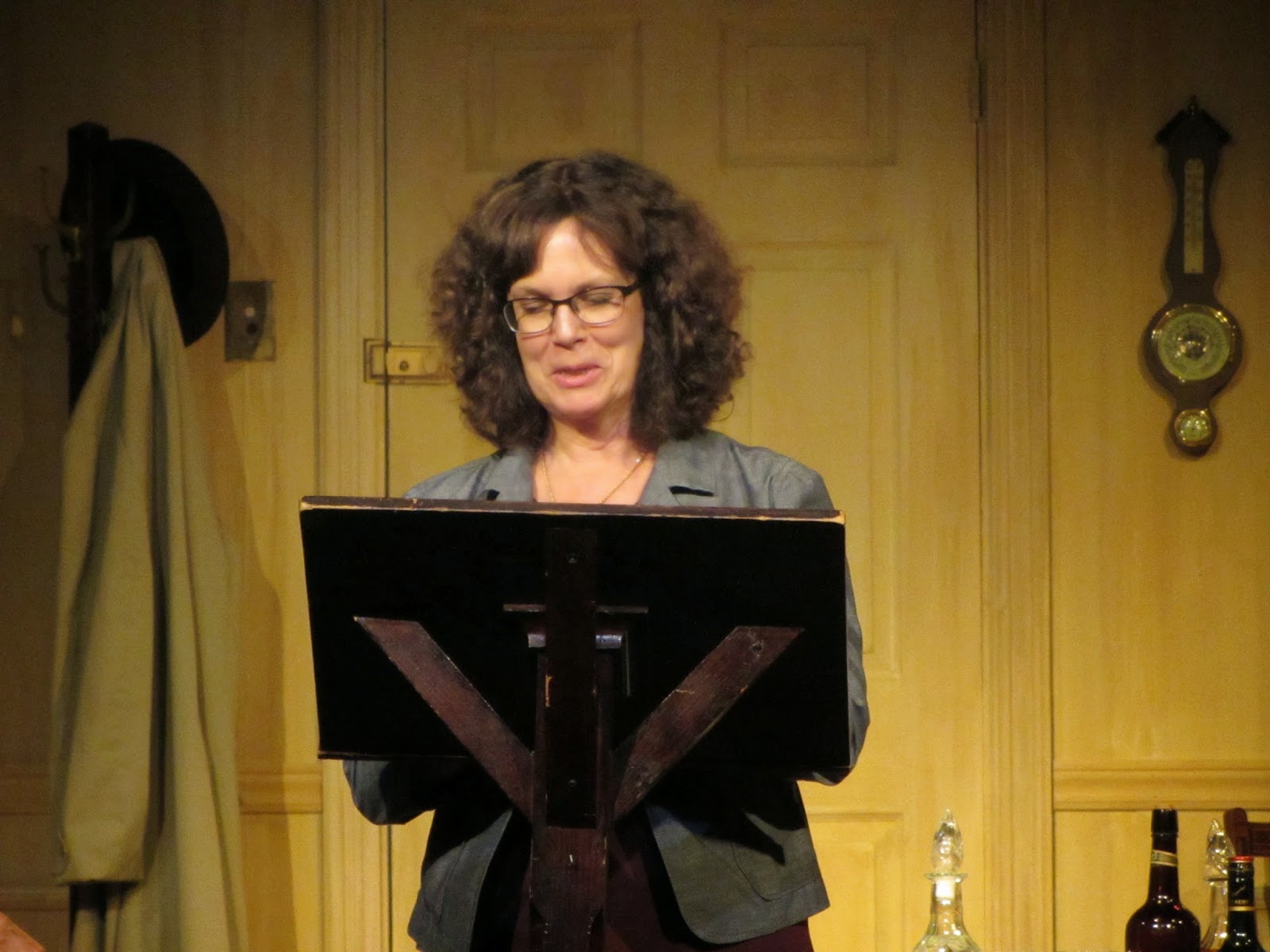 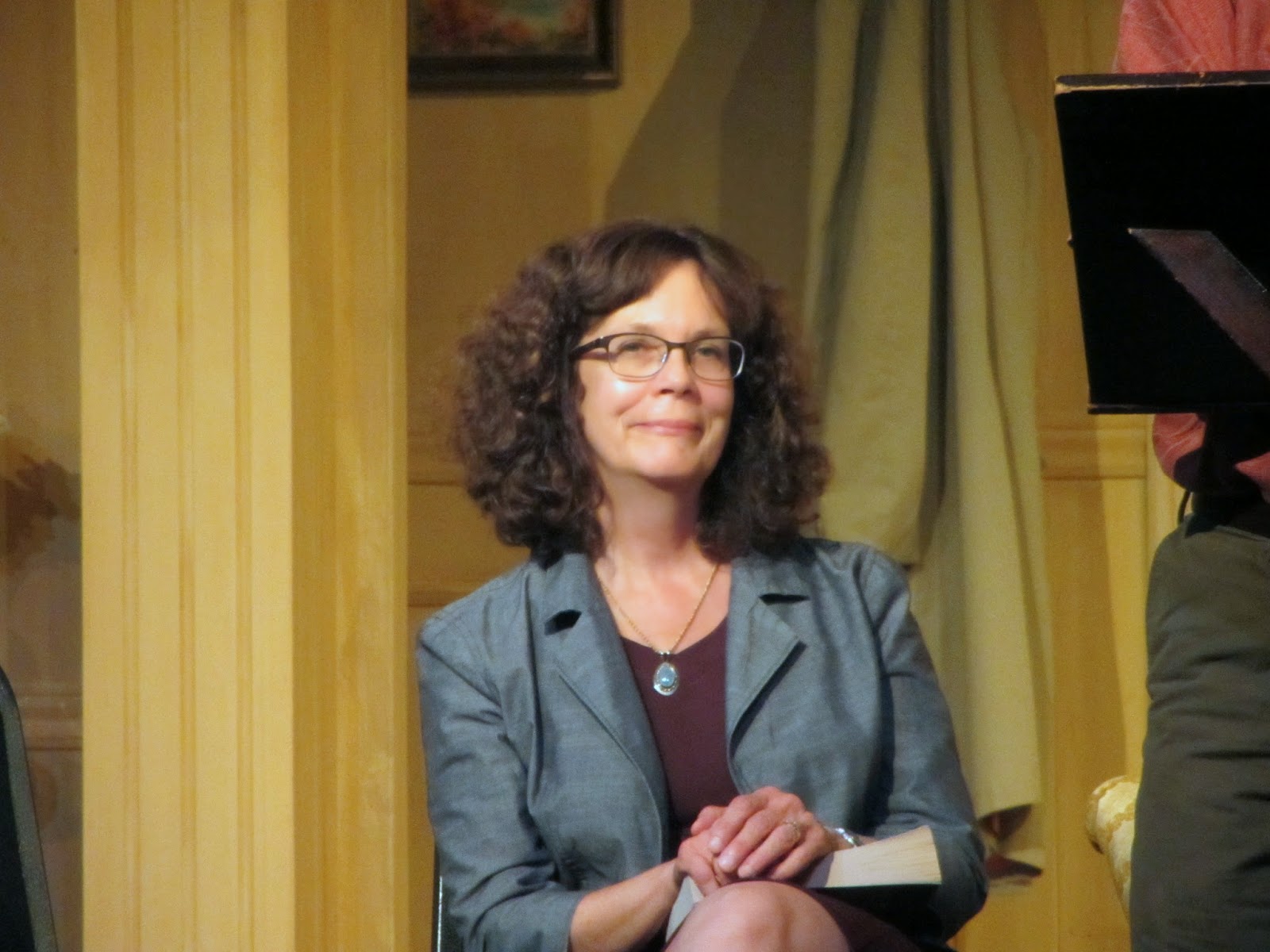 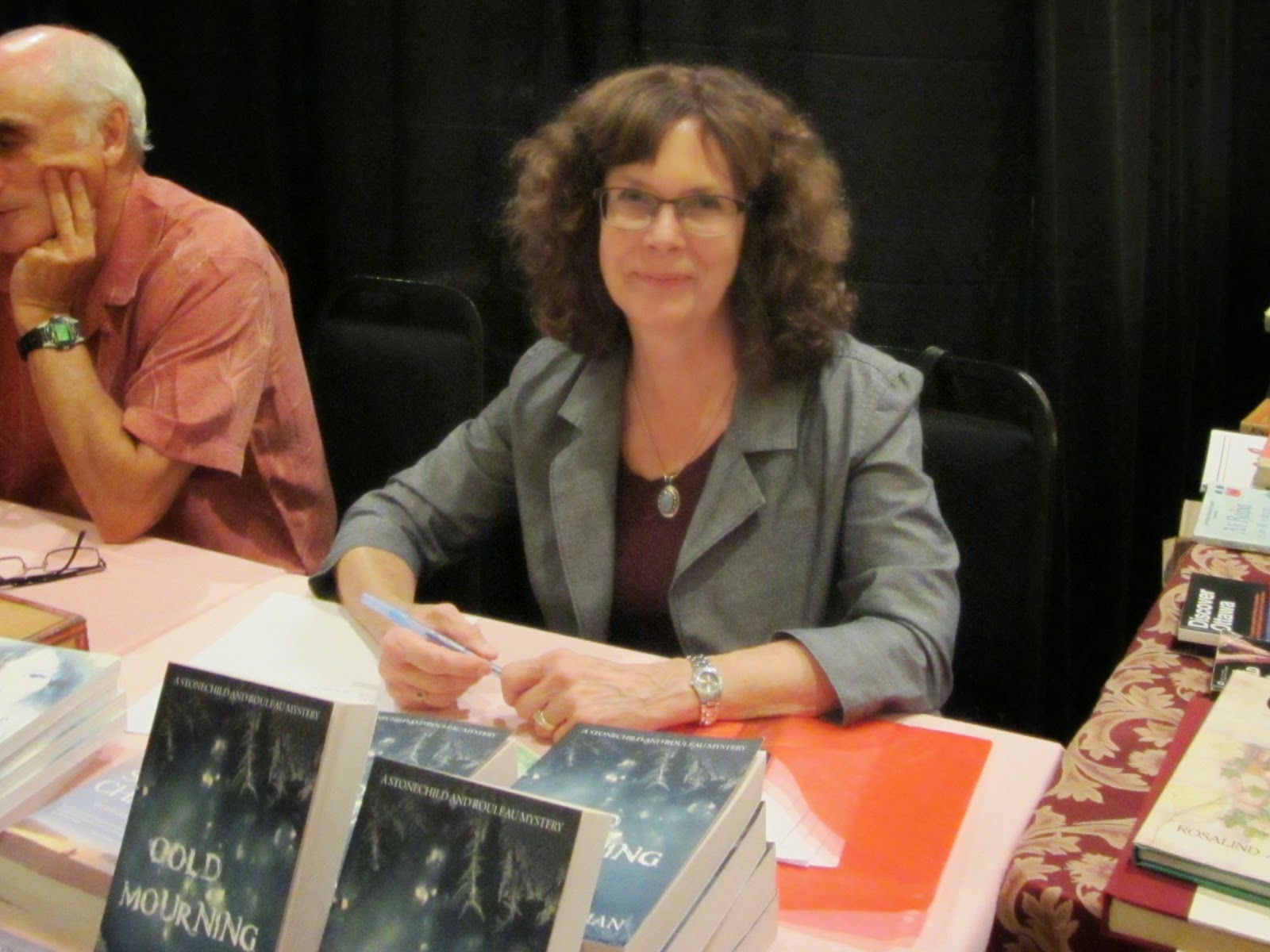 Even though I've been 'on a break' from writing this week, I've been plotting my next Stonechild and Rouleau and got so far as to write an opening paragraph. I'm eager to get started again and will be putting some time into the opening chapter this week.

The engine has recharged and I'm raring to get back at it :-)
Posted by 7 Criminal Minds at Saturday, September 06, 2014 No comments: