Week two of vacation and lots of writing in this week. You may remember that I killed off an unexpected character last week. Well, I wrote several scenes afterwards and wasn't at all happy with the direction the story was taking. Yesterday, I went back and rewrote chunks, killing off the character I had originally intended to all along. I think this will work out much better. There's a lot going on in this book and I might need to par some of it down after the first draft is completed. That's where my reading critiquers will help. It can be hard to keep perspective so objective input is often required.

Today is my signing at Collected Works bookstore from 1:00 to 3:00. I've been doing some advertising and know that several friends will be dropping by. Should be fun. I've also hired a friend who does video and creative communications for a living to follow me around to events over the next few months. He's going to put together a video that gives a bit of my writing life for my website and Youtube. I don't know of any other authors who've done something similar so it should be an interesting foray into social media. Plus, Patrick does great work.

Well, back to the office on Wednesday. I've enjoyed this week, swimming every day and writing. I've been sticking close to home, enjoying solitude and time to work on my manuscript. Ted headed back to work so the gable end project is still languishing. The pink insulation is now bleached white from the sun. Still a few more months before the snow flies :-)

Well, off for a morning swim. Hope to see you this afternoon at Collected Works!

On Vacation in Prince Edward County 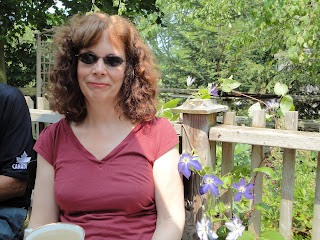 Ted and I, Kathy and Bill, Janice and Peter headed out last Saturday for a week of relaxation in Cherry Valley, deep in the heart of Prince Edward County - wine and beach country. We managed our share of both. We stayed in Britannia House (see photo below) - what can only be described as a luxury summer cottage - the place even had a panini-maker. The weather was hot and sunny and we made it to Sandbanks every day and sometimes twice. Body surfing in the waves was a blast, particularly the afternoon we spent at Wellington Beach, which had high winds and ocean-sized waves.

Our only mistake was listening to a local who sent us to an inland lake - he forgot to mention it was swarming with snakes, or should I say slithering. One came at me with its mouth open just after I'd jumped in and I was like a cartoon character churning out of there.

Anyhow, good times with great friends but sadly no writing. I am going to make up for it this week though. I'll also be at Collected Works (Wellington and Holland)this Saturday from one to three p.m. and all my books will be available. Hope you can stop by to say hello if you're in Ottawa. 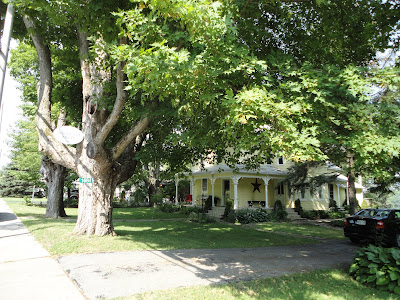 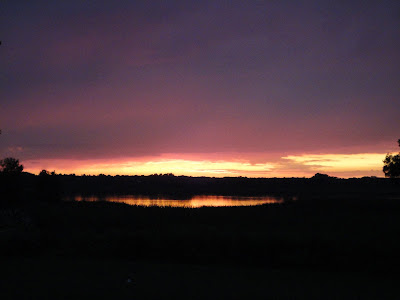 The Sticks Holding Up Our Windows Are Gone 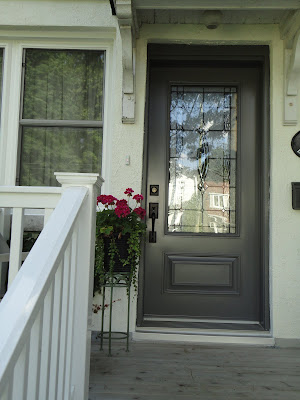 I've been getting requests for updates on Ted's summer projects around the house. It was amazing last year how many followed my weekly updates on our front verandah - yes, I think if the project had proceeded much slower, Vegas would have gotten a bookie involved. Anyhow, while our gable end has remained exposed pink insulation for about a month now, you might be more interested in our beautiful new front door and windows as shown above. Ted optimistically told the company not to bother with the trim on the door and six new windows because . . . he's going to do it. That gnawing you hear is my knuckles.

I got an e-mail from Allister at Dundurn and he'll be editing my upcoming young adult novel Second Chances. The cover is approved and soon the manuscript will take its place in the queue. They send the cover and cover blurb off to catalogues and booksellers early in the process, even before the editing is complete. The entire process runs like a clock once it starts. My book is due out spring 2012.

Writing has been going well and quite enjoyable. I'm officially on vacation as of 3:40 this afternoon and now have time to put my nose to it. Some might think a holiday is no time to work on a project, but believe me when I say, writing is great fun. I'm at the spot in my story where my plot must come together, but it's still a long way from the end. Once the first draft is done, I have to edit for coherence, plotline, language, grammar . . . it could take weeks. I'm rubbing my hands together in delight at the very thought (not really, but I wanted to pull your chain a bit there).

So you ask what else I plan to do with my eighteen days of freedom? Check back next week for an update. Until then, picture me with my feet in the sand and a glass of sangria in my hand. All will become clear. Stay thirsty, my friends.
Posted by 7 Criminal Minds at Friday, July 15, 2011 1 comment:

As Summer Heats Up

It is another beautiful July morning. I have one week of work ahead and then holidays. Ahh, summer.

I've done quite a bit of writing this week. I open up my manuscript in the morning and work off and on all day and into the evening whenever I get the chance. This involved drafting and fussing with two long scenes. When I finished them, I realized that the time frame wouldn't work with the previous bit, so next, I'm going to have to add something in between. Actually, I have a subplot that I also need to move along so everything should come together nicely. I'm at 73,000 words, aiming for 80,000 or thereabouts. I now have two dead bodies on my hands; the second one was unexpected in that I was preparing to kill off a certain character, but when I wrote the scene, somebody else got bumped off instead. You could say that they were on the unlucky side.

Concerning the business of writing, I worked with publicity at Dundurn to create a poster for my upcoming signing at Collected Works bookstore on July 30th. They did a great job and a few local businesses have said they will post it. I also did much to-ing and fro-ing with Chris at Collected Works about book ordering and publicity. As well, I spent a lot of e-mailing with the Ottawa Public Library this week as they coordinate a workshop in November. I'll be teaching short story-writing to kids at the Sunnyside branch as one of my tasks as judge in the Awesome Authors contest.

Last week, too, I met with Tom Curran and Wynn Quon to plan the upcoming Capital Crime Writers' program and guest speakers. We have a fabulous line up planned and if you are a mystery fan in the Ottawa area, you really should think about joining. Not all of our members write - some are just readers interested in listening to authors, detectives, psychologists, private eyes . . . our list of topics and speakers goes on and on. We meet the second Wednesday of every month (excluding summer) in the Library and Archives next to the Supreme Court building. If you are out of town, $15 gets you the newsletter stuffed with information. Let me know if you would like more info.

So, a busy first week in July but still lots of time to sit on the front verandah and read or talk to neighbours. Life should never get so busy that you don't have time for friends and kicking back. After all, what would be the point?
Posted by 7 Criminal Minds at Saturday, July 09, 2011 No comments: 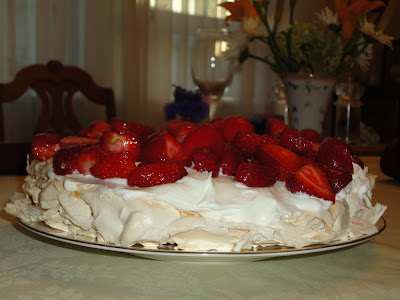 Every year around the Canada Day weekend, my daughter Lisa and I head out to pick strawberries at a farm just out of the city. We've been keeping up this tradition since she was in grade school - through the turbulant teen years and after she moved away from home. We pick when it would be easier to sleep in and buy berries from the market. We pick when the skies are threatening rain or the sun is beating down on us in a morning sauna.

This is the first year, Lisa picked me up in her car as the clock struck eleven a.m., no longer an early-morning event. Buying berries appeared a more viable alternative than ever before, but we carried on past the stall with the already picked baskets to the fields at the back of the property. We each paid for an empty basket and made our way down the rows to kneel in the straw and dirt beside the rows of plants. It took but a moment to settle into the rhythm of lifting leaves to find the reddest and juiciest berries as the sun and heat and smell of ripe fruit filled our senses. We talked and laughed and relived other berry-picking mornings. When we drove home, we no longer stopped at the Dairy Queen as we had when Lisa was younger. Instead, we went out separate ways right afterwards, but happily our tradition has evolved to include a different part two. Lisa returned with a friend in the evening for a BBQ and homemade strawberry shortcake. We sat outside talking and laughing long into the evening, and it seemed to me that there is a need for simple traditions. They are the ties that bind; the memories that mean the most.

Writing went so well last week, but has stalled a bit as I question the direction of my story. I've been mulling it over and trying to sort out what my characters are up to. I'm into the home stretch, which is frightening but exciting at the same time. This is the point where I wonder if the story will hang together or if the logic behind the mystery needs work. Did I give the murderer enough reason and opportunity to kill their victim(s)? Did I manage to give my characters the same hair colour from one end of the manuscript to the other? One of my weaknesses (as my friends can attest) is remembering people's names and I often mix up character names as I write. Luckily, I've cottoned on to this quirk and reread with an eye to names although we missed one in In Winter's Grip, as I discovered after publication. (Did I mention that editing is hard work?) In any event, I figure I'll have the first draft of this manuscript finished by the end of my summer holiday and then the editing work will begin. I'm looking forward to several days in a row of writing time at the end of July. Check back to see how much hair I have left in August.

July 30th, I'll be at Collected Works on Wellington Street for an early afternoon signing from 1:00 to 3:00. All of my books will be available and I hope old and new friends can stop by. It's a fabulous independent bookstore and one of the few left in the city. Visiting bookstores is another tradition I believe it is important to keep, even if they too are evolving. Neighbourhood bookstores are another of the ties that bind. 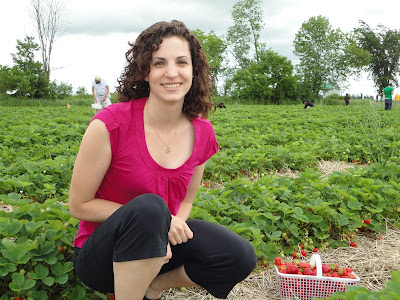 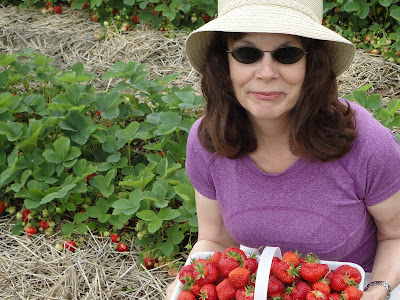