Into the last week of June. Where does time fly? This was a good week for settling in and writing every morning. I'll pass 32,000 words today and know I'm going to have some rewriting when all is said and done. I have a subplot going that I'm not sure is working. I'm going to give it a bit of time to see if it comes together.

My writing buddy Trooper (sleeping next to me as I type) went shopping for a new ball last week and had his picture taken at the pet shop as part of a Humane Society fundraiser that happened to be going on. Such a face! 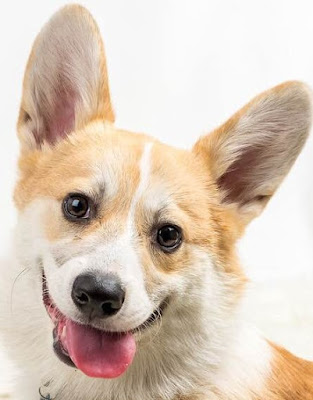 I'm also doing some research about the 1960s-80s and found that Wikepedia wasn't doing it. I biked to the public library and took out a biography and video of the period in a European country. Another plot element to tie into this story. We always get asked what kind of research we do for books, and I have to say that it varies depending on the story. This manuscript requires some background digging to flesh out a couple of characters.

All is quiet on the publicity front this week although my Dundurn publicist Michelle is working on lining up a few gigs behind the scenes. My schedule is a lot more flexible now that I am retired! I've been invited to three local book clubs in the upcoming months and am looking forward to meeting some readers and discussing the Stonechild series. I can fit in a few more book clubs if other Ottawa clubs are looking to invite an author.

I went to the wrap up evening for Capital Crime Writers on Wednesday, held upstairs at a restaurant in my neighbourhood. We were supposed to have the final dinner a few weeks ago in the Byward Market, but the sinkhole on Rideau the same day put an end to that. New members are welcome to join in September when the first meeting takes place. Here is a link to the CCW website - some terrific guest speakers even if you aren't a writer. We have a few members who don't write but who come out because the talks are so interesting. The short story contest is open to anyone over 18 living in the NCR - you don't have to be a CCW member - so if you want to try your hand at writing a 3500 word story with a crime involved in the plot line, this is a great way to get started. You can even request feedback and one of our published crime writers will give constructive advice.

Well, I have to now turn to my manuscript and meet the word count for the day. It promises to be a hot, sunny weekend so just a lovely time to write, putter in the garden and sit on the veranda in the shade reading with the odd game of go fetch thrown in. I hope you are also enjoying this full first week of summer. If we could slow down time and stretch out these gorgeous lazy days, life would be just about ideallic.

A Little Work, A Little Play

Good Saturday everyone. Just a short check in today.

I spent most of the week editing the Shallow End manuscript, taking my time and rewriting some bits, deleting others and answering questions posed by my Dundurn editor. I have a new editor this time around. I'm at the point where I'm questioning whether the writing is any good or not - this happens with every book and I'm not sure why the self-confidence disappears. Maybe, I've read the text over too often.  Are all authors this critical of their own work?

I'm now having trouble getting engaged again in my latest manuscript, so far untitled. I'm going to have to force myself to buckle down. One step forward...

Well, the weather this week is exquisite - sunny, hot, blue sky - I've managed to sit in the back garden reading and polished off Adrian McKinty's Gun Street Girl and have now moved on to his next Rain Dogs. Jim at Perfect Books recommended this Irish crime novelist and I'm now a big fan. His main character is Detective Sean Duffy, a Catholic cop working in a Protestant district in Belfast in the 1980s. Duffy is irreverent, funny and dogged. Much of the humour comes through the dialogue and the direction of the plot lines is unpredictable. Drop by Perfect Books and pick up his first The Cold Cold Ground and become hooked too! 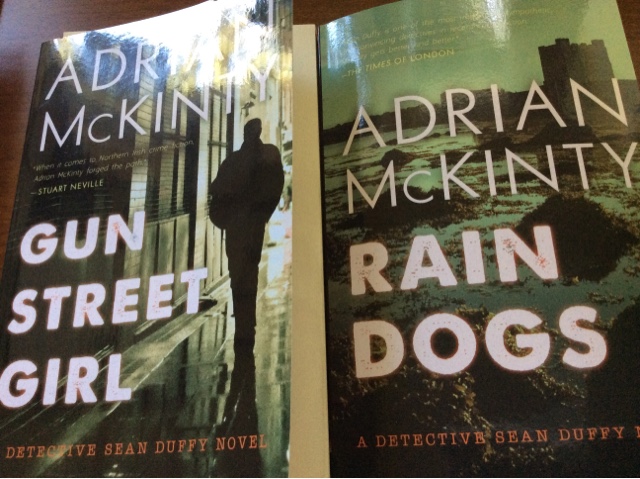 I see writing, reading, gardening and family time on my horizon. Housework not so much but some cooking for sure as we get together for dinner, with friends tonight and family tomorrow after Ted finishes a round of golf on the one day of the year dedicated to dads :-)

Happy Fathers' Day to all the dads out there. I'll raise my gin and tonic in your honour tomorrow! 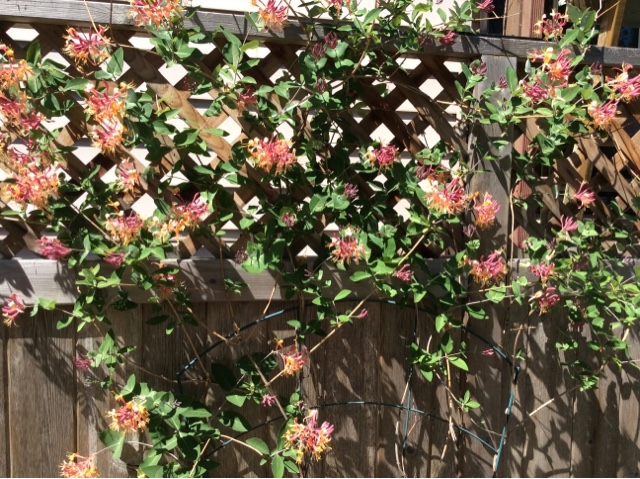 A couple of writing things this week.

Shallow End, the fourth in the Stonechild series, arrived with edits and questions for me to go through and due next week. I've started reading through the manuscript again and am doing another thorough edit. This means setting aside the latest manuscript that I've been writing for a week...I'd found my writing groove and hope it resurfaces after a little break.

I'm now booked to do a signing at Thunder Bay Chapters on Saturday, July 30 from 1-3 p.m. My old stomping grounds. I've also been invited to visit a book club early July at a local restaurant to discuss the Stonechild series over supper. Should be fun. Finally, this week, I was booked to film an interview on the Cable 22 show Ellie's Read on Ottawa and that will happen in August. So lots on the horizon.

Prose in the Park was another lovely day with temperatures in the mid-twenties and bright sunshine. I brought copies of my books to the Capital Crime Writers tent and sold copies all day alongside some other Ottawa crime writers: Tom Curran, Linda Wiken, Jeff Ross and Patricia Filteau. CCW President Michael Murphy organized us and spent the day at the tent helping out. He's one terrific guy. 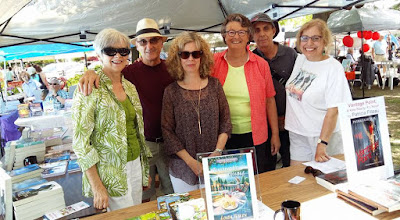 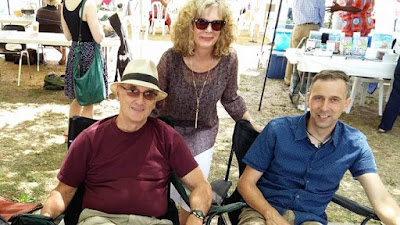 with Tom Curran and Jeff Ross 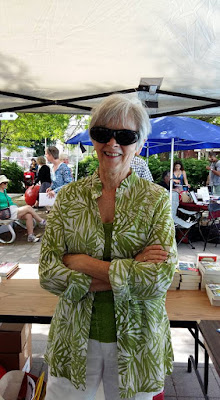 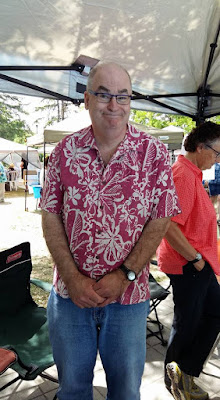 I spoke with lots of readers and sold lots of books before taking the stage with John Farrow, Ian Hamilton, Peter Kirby and Dietrich Kalteis on a panel entitled "Code of Conduct". It turns out we were being recorded for a CKCU radio show and you can hear an edited version online - the wind is a presence on the tape, but you can hear the discussion clearly enough.It runs about half an hour. 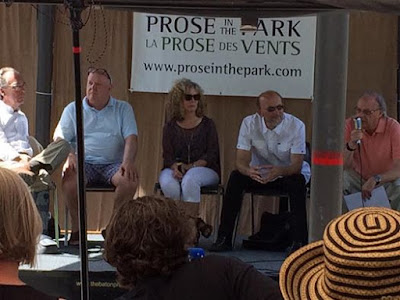 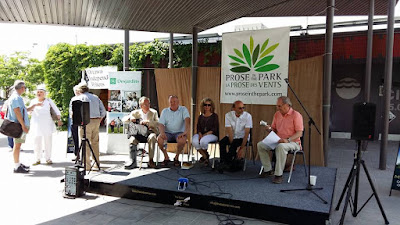 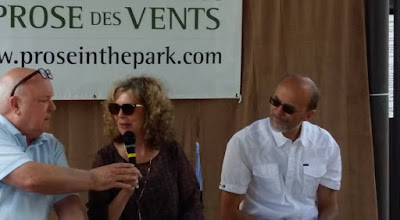 And what post would be complete without a picture of my writing buddy. Trooper spent most of the week at my side while I typed away, broken up by walks and games of go fetch. Is this what they call a muse? :-) 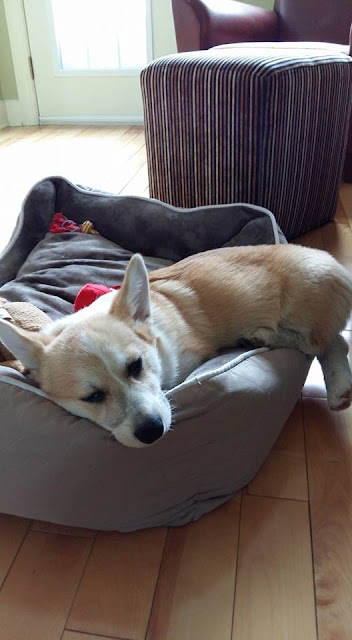 Two Reviews and Prose in the Park

Well, yesterday was quite the day. Not one but two good, separate reviews in the Globe and Mail and the Ottawa Citizen.

Tuesday's photo shoot with photographer Alan Dean went well. He has a studio upstairs from Petit Bill's Bistro on Wellington not far from home. I'm not a big fan of getting my picture taken, but he's an expert at making you relax and he sure knows how to get the right angle. I had my hair cut in the morning and we decided to let it dry with its own natural curl. Here's a sample of the result :-) 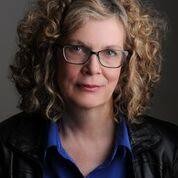 Today is going to be a terrific day for Ottawa folks to come out to Prose in the Park! Twenty-seven degrees and sunny. The day gets going at eleven a.m. with several authors doing short readings, myself included. These are authors with new spring releases. There will be some fascinating panels throughout the day and tables set up with books for sale and authors to take to about their work. I'll be at the Capital Crime Writers tent along with some fellow Ottawa crime writers. I'll also be on the "Code of Conduct" panel on stage one from 3:00 to 4:00 o'clock.

This is a short post this morning as I have to get my books together and get set for a day in the sun. I hope to see you sometime today, but if not, have a terrific weekend everyone.