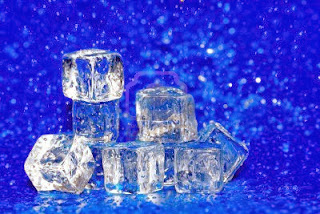 Man, it has been cold in the Ottawa Valley. Crazy weather across the country and U.S. to welcome in the New Year.

I have some writing work to do this weekend. First up is to write a cover blurb for the third Anna Sweet mystery. I was in touch with the publisher yesterday and this one, called To Keep a Secret, will be released this September. Pat agreed to move the release of the fourth Anna Sweet to September 2015 (instead of January 2015) to give me time to complete the Dundurn manuscript that I'm working on now. This means that I won't have to set aside what I'm working on for three or four months and takes a bit of a load from my shoulders. The designer will start work now on the To Keep a Secret cover so I'll be eager to see that.

If you are involved with adult literacy, discussion questions for books one and two are now free for download on the Grass Roots Press site. (I wrote them!)

You know, twice in the past week when I was visiting friends, there were my books on their coffee tables. Last night, a friend said she'd just finished reading The Hard Fall and really liked it. Another told me that she snuggled up in bed under the covers reading In Winter's Grip on Christmas Eve. This support is pretty satisfying, I have to say. It's actually kind of mind-blowing to know that people across the country and even world are picking up my books and giving them a read. Hard to get the brain around.

The work on the second Stonechild and Rouleau police procedural called Butterfly Kills is also about to begin. I've been asked to review my 'author grid' which keeps track of marketing ideas and contacts. I will soon have to start making a more concerted effort to publicize the launch of Cold Mourning since March 9 is not that far away. Mark your calendars, people!

And the writing . . . . I can report that it is coming along. I spend a lot of time thinking about the plot for this one. I had to rewrite a chunk because I realized after I wrote it that the logic wasn't there. My cop Kala Stonechild figured out something that she really couldn't have with the information that I'd given her. I therefore had to shift the discovery to someone else. I sometimes feel like I'm in a dark room feeling my way.

So, another cup of coffee while I read a few pages from Liza Marklund's latest The Long Shadow (love this series translated from Swedish) and then I'll settle down to write. I'll have to brave the elements later to visit the market to get something for supper, but all in good time. I have two days off and lots of time to get tasks accomplished.

Happy New Year, everyone - wishing you much happiness in 2014.