Good Saturday morning from beautiful downtown Vancouver. I'm at Left Coast Crime and this is the first time the conference has been held in Canada. As its name suggests, the event takes place in cities up and down the west part of the United States, primarily in cities along the coast. Once, the conference moved across the pond to Great Britain and I hear that was a spectacularly good time. There are a lot of American authors and readers here and they far outnumber the Canadian participants.

I arrived on Wednesday, early morning Vancouver time, and Barbara Fradkin and I went out hiking through Stanley Park for the afternoon, covering 12.3 km as we explored the seawall trail. It's easy to forget all the snow still on the ground in Ottawa. 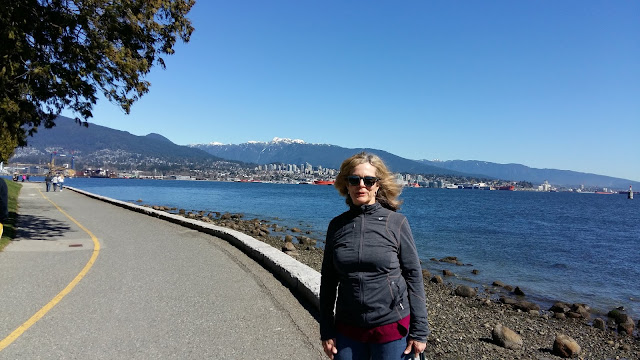 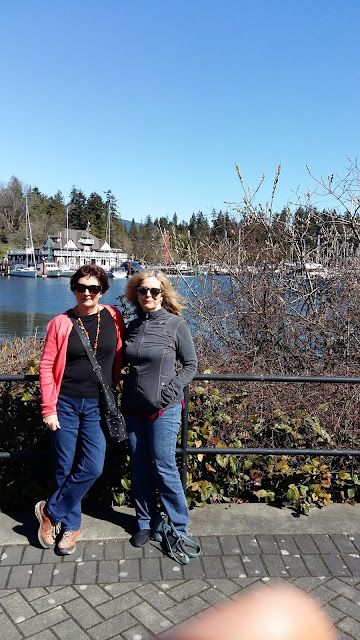 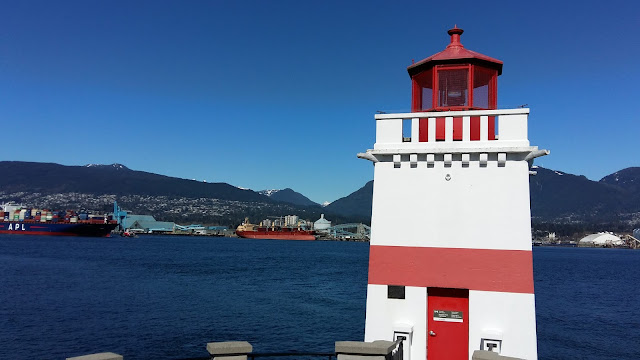 Thursday morning, I took part in the speed dating. I was paired with J.D. Allen from South Carolina and she kindly mentored me through the process as she's done the speed dating a few times before. There were 20 tables set up around the room, each with readers and two authors who made two-minute book pitches to every table in the room. This took two hours so you an imagine how exhausting it was toward the end. A great way to introduce your work to prospective new readers. 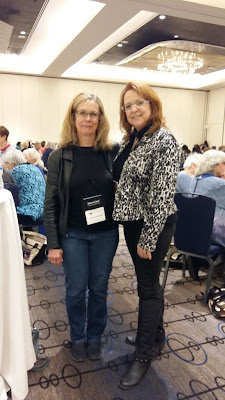 Yesterday, was my panel on police in modern crime fiction. We met the evening before in the hotel pub so were quite relaxed when it came time to present. We had a fair-sized audience and they appeared to enjoy our discussion led by a very adept Corey Lynn Fayman who hails from San Diego. I couldn't have asked for a better group of writers to share the mic with! Barbara Nickless is from Colorado and Catherine Maiorisi hails from New York City. 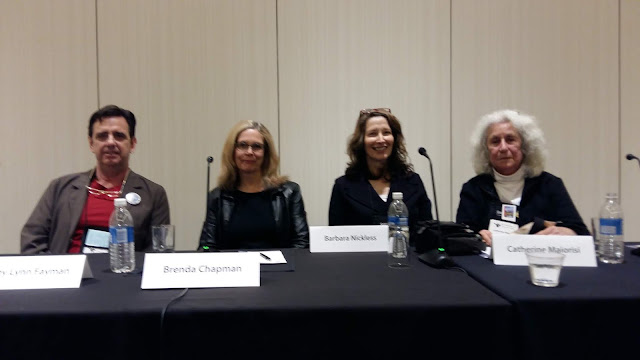 So lots of time spent mingling, chatting and making connections. Today, I am manning the Crime Writers of Canada table for an hour before meeting some of the 7 Criminal Minds blog authors for lunch. Then, I plan to attend the tribute to the late Sue Grafton with her daughter here on her behalf and then I have a brief reading (5 minutes) to round out my obligations. Tonight is the banquet so some more fun ahead.

I hear there's a snow/ice storm going on in Ottawa today. Kind of glad to be missing that :-)

A few spring scenes outside the hotel to end my post. 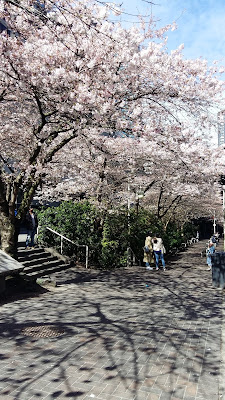 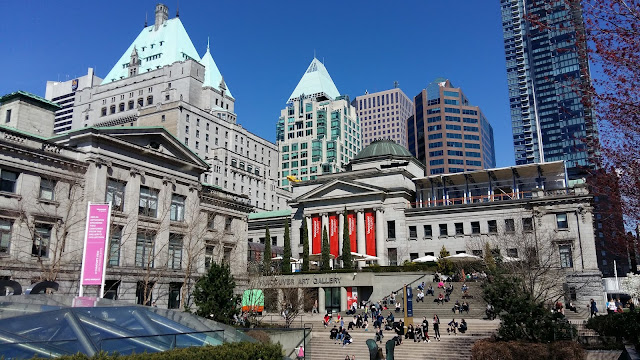