Made it home from Left Coast Crime going at going on three a.m. after a flight delay. I was more than happy to crawl into bed and close my eyes. It was hard to go from spring flowers, sun and 14 degrees back to snow and temps hovering around zero. This photo taken by Madona Skaff is from our last walk to the Vancouver waterfront before heading to the airport - Vicki Delany, Barbara Fradkin and me. 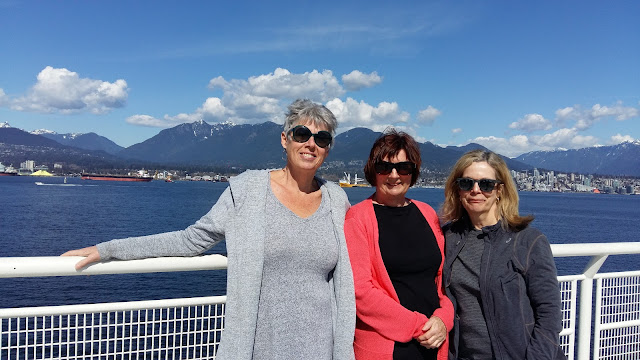 After my blog post last Saturday, I did my stint on the Crime Writers of Canada booth where I met some interesting Canadian crime writers, including my booth-mate Madeleine Callway and B.C. writer Bernadette Calonego. Some of the authors from my other blog gig, 7 Criminal Minds, (for which I'll be blogging this coming Monday) gathered for a photo at the end of my session on the desk,  and a few of us went for lunch in the hotel restaurant. I enjoyed meeting them and spending some time. 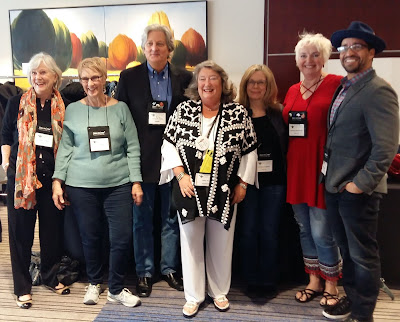 I went from there to do a short reading following Jeffrey Siger (who lives on a Greek island and writes thrillers), whom I was on a panel with at my last Left Coast Crime, and Dundurn author Kim Moritsugu, author of The Showrunner. This turned into a nice break in the day and a chance to meet and connect with Kim. I also sat in on a few panels, including one on editing, and another on publicity and marketing. Saturday night was the banquet and I sat at a table hosted by authors Dave Butler and Iona Whishaw. So lots of networking, eating and glasses of wine throughout the weekend. 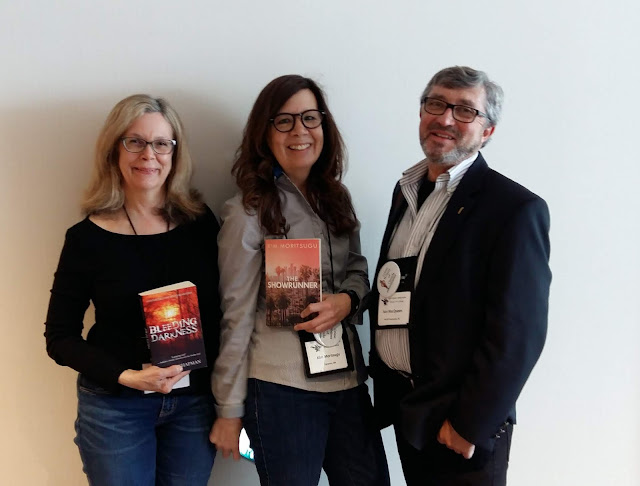 Back in Ottawa, I spent a good part of the week going over the edits from my Grass Roots editor Pam as we finessed my last Anna Sweet novella, now called Too Close to Home. The edits were not actually that onerous and we wrapped everything up on Thursday. Next, the designer has to come up with a cover. I also managed a few thousand words on my latest manuscript. Not sure if I'm going in a good direction yet, but I'm enjoying trying out a new writing style in the thriller genre.

So I have a few events on the horizon. The first is an interview at the Carlingwood Library on Thursday, April 25 from 7-8 p.m. CBC Radio's Jiacomo Panico will interview Barbara Fradkin and me - we all live in Kitchissippi ward and the title of the event is Murder in the Hood. All are welcome. It's free and no need to pre-register. 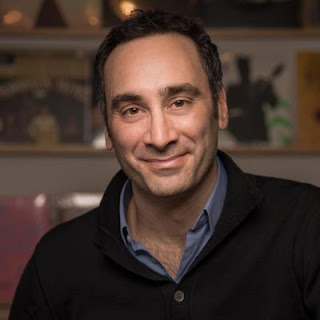 CBC Radio host of Intown and Out: Giacomo Panico

Settling back into the routine ....