This week's work can be summarized in one word: Editing. I'm slowly and carefully making my way through the text in the fifth Stonechild and Rouleau manuscript and still have about fifteen chapters left to go. So, for the upcoming week, I'll be back at it.

I spoke about writing a series at the Canadian Authors Association November meeting on Tuesday evening and enjoyed sharing what I'd learned with the other authors. They were welcoming and asked lots of questions about publishing and my experiences.

This week, I visit the Sunnyside Mystery Book Club at the Sunnyside Branch of the Ottawa Public Library to discuss the Stonechild series. I have an advance reading copy of book four entitled Shallow End and will read a passage as well as discuss how the series came about. The hour is open to the public and I've given the link above for more information.

So for the foreseeable future, I'll be finishing this go-around on the fifth manuscript, taking a little break and then starting the sixth Anna Sweet novella. I have an idea for a crime to kick off the plotline and will have to wrap my head around fleshing that out and deciding what happens to my continuing characters. 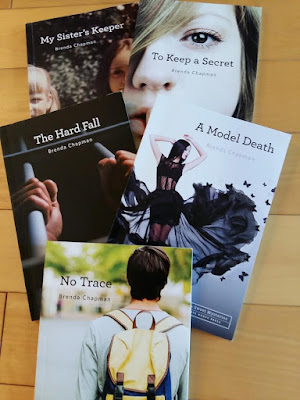 November has been an interesting month so far with a new President entering the White House and many questions about the direction the U.S. will take both domestically and internationally. It is surreal to see the demonstrations going on, unprecedented after a U.S. election. We've also lost one of our greatest poets with Leonard Cohen's death this week. Cohen was a wordsmith and genius, truly. "Suzanne" was one of my favorite songs in university - such beautiful lyrics.  And news yesterday of Robett Vaughn's passing - I remember being in love with him in "The Man From Uncle" (although I wasn't old enough to date) and the life of a spy seemed rather inviting.

Ah, times they are a-changing...

Until next week, my friends.