A Day to Watch the World Go By 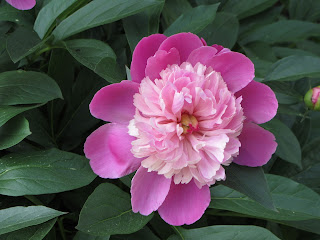 A peony from my garden. I used to think autumn was my favourite season, but as I get older, spring is the one I look forward to the most. It's a hopeful time of year.

I spent my spare time this week going through the edits from Dundurn for Cold Mourning. Some stylistic changes and a few revisions but nothing major. I made yesterday's deadline and am taking this weekend off - with the exception of a phone call later today from the Grass Roots Press editor. We're going to discuss a few plot changes. She was the editor for the first Anna Sweet book and very knowledgeable. I'm looking forward to collaborating with her again.

After working furiously on the last two manuscripts, I have to admit that I am a little tired and need to recharge. I've booked a week off work in July and will spend some lazy time. No trips this summer, mainly because later this year and early next are going to be busy. Ted and I will fly to WInnipeg in December to the Olympic curling trials. The Olympics in Russia are in February and the Scotties are in Montreal at the same time - we'll be going to one or the other. 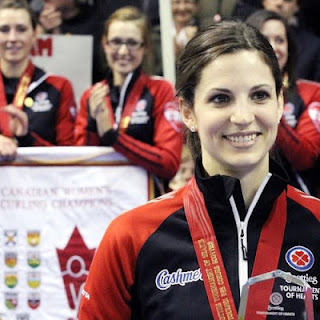 As an aside, Anna Sweet is physically modelled on my daughter Lisa, at least in my imagination - when your mother is an author, you are never safe :-)

And back to future travels, I'm also signed up for West Coast Crime in Monterey California in March and just sent in my registration for Bloody Words in Toronto for next June. I'm looking at one more conference next spring - Malice Domestic in Bethesda MD.

But for today, the sun is shining, the heat is back and I'm all about being lazy. I'm off to get a second cup of coffee, which I'll drink on the front verandah while I read a Liza Marklund mystery. She's translated from Swedish and I've enjoyed the other two books in the series so far. After that, a little work in the garden and a little U.S. Open on tv, supper at my neighbour's . . . and just letting the day roll on by.
Posted by 7 Criminal Minds at Saturday, June 15, 2013