One week to Release! 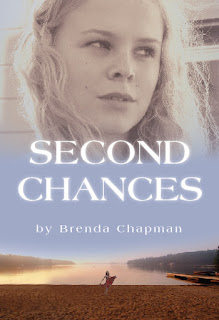 One week until Second Chances hits the shelves. It was mentioned in the Quill and Quire this month in its fall preview of books for the younger set. It's in the seventh paragraph down and begins with the word 'Sex'. While I have a seventeen year old character named Elizabeth who acts out and likes boys, perhaps a bit too much, there isn't any actual sex in the book. But what is it they say about sex selling? Quill and Quire, you are going to make this book a best seller :-)

Two-time Governor General award-winning author Tim Wynne-Jones read the manuscript early on and gave the following cover quote:  The plot of Second Chances crackles like summer lightning ... Chapman skillfully weaves together a story, sensual and taut, that is a slow burn from the very first image.

Now, the new Dundurn mystery series for adults, which begins with the release of Cold Mourning in the fall of 1213, has actual sexual shenanigans. Not 50 Shades of Grey kind of carryings-on, but enough that I wouldn't give the book to my twelve year old to read.

I've maintained my writing pace this week. I've given myself a 500-word a day minimum. The not-too-high, not-too-low word count seems to be working for me. Some days, I even get a thousand words written. I start in the evening after supper during the week and write off and on all weekend. I'm almost done a new little project I've had underway this month (details to come).

My next task is to do a bit of editing on Cold Mourning - I had Damien Coakley, a retired Ottawa cop, read it for technical advice. I'm happy to report that he only found a few inaccuracies, which I need to go through to update the manuscript. The cover concept should be arriving soon. I've given suggestions and am awaiting the first design from Dundurn. It's always a thrill to have that first glimpse. Covers are done way ahead of the editing process so that the book gets into catalogues and online bookstores.

Well, in line with my push to promote Second Chances, I'm going to spend some time this weekend e-mailing out the book launch invitation. I've heard from lots of people that they'll be coming by and I hope you can too - it's a little celebration really. A chance to raise a glass and catch up with friends, old and new.