Eight days of editing ... no writing to speak of. That was my week. With the exception of a guest visit to Radio 1310 and the Power Lunch on Tuesday at noon. It was my third time this summer and each time, I've been with another guest new to me. This time, there was even a new host Mark Day who is filling in while Mark Sutcliffe is on holiday. The more radio and television I do, the more relaxed I'm becoming. Maybe after this summer, I should get my own show ... or ... maybe not. 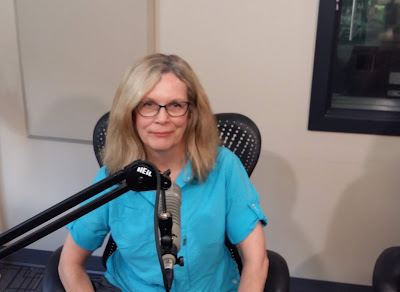 A second media 'happening' went live this week. Matt Demers, a.k.a. Mr. Hollywood, interviewed me a few months ago for his show Hollywood in the Valley. The theme was mystery novels. The show went live this week on 1 Bell Fibe TV - a free station - season 3 episode 4 and it's under Entertainment although I found the show in a search for the name of the show. Rather a light-hearted exchange that was fun to tape. 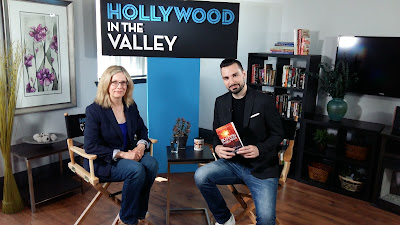 I was exhausted after all that editing this past week, I have to say.  This should be the last time I see Turning Secrets until next spring. Some interesting developments in the lives of my main characters and some perilous situations ahead. Wa ha ha. 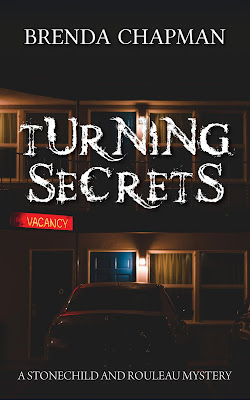 One more interesting thing to report this week. You may remember that a screenwriter in L.A. optioned the books for a television series. He called me yesterday and he's been working on the arc and plans to give his pitch to networks in the upcoming weeks. We spent an hour and a half chatting about the characters and plot line for season one - as you might know, these usually change from books to fit television or movies. I like that he wants my input and wants to stay true to my characters. Going from this point to an actual contract with a studio is still a long way from certain but exciting to contemplate and gratifying to know that he likes the books so much.

So, I need to get my head back around my unfinished manuscript and settle into writing next week. I don't think there's anything else to take up my time ... oh, except reading Gerald Lynch's book Ophalos for a CBC radio spot in which we're to interview each other. I'm a third of the way in. The recording date is later in August.

This is turning into one interesting summer!

Now, time to get this day underway.
Posted by 7 Criminal Minds at Saturday, August 11, 2018