Good (early) Saturday morning. Early because we have company this weekend ... I see a game of fetch in my near future 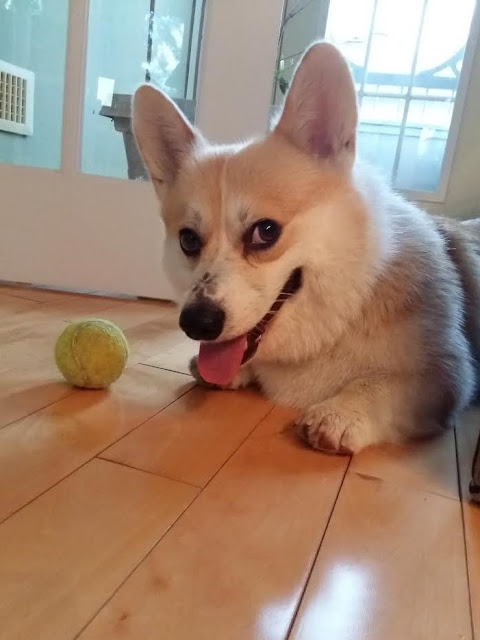 This week, Pat Campbell and I settled on a cover image for the next Anna Sweet, entitled Missing Her. None of the first five images presented by the designer grabbed us so we both pondered on what would work, oddly coming up with the same idea. The designer used it to come up with several more images, from which Pat and I chose the same one. The cover has now been mocked up and looks terrific. It's off to the printer's and I'll show you the final once it's ready for release.

I completed that author grid for Dundurn and continued on with my recent manuscript, heading up to 28,000 words this weekend. I was aiming to have 30,000 written by the end of May, so am well ahead of schedule.

On the main idea paragraph front, I submitted the science unit and am now working on the environmental paragraphs. The depletion of the coral reefs and debris in space were my focus this week -- man, our planet is in bad shape. Did you know that only 50 per cent of the coral is in decent shape and we've already lost 19 per cent? Coral reefs protect the land from ocean surges so with it gone... Don't even get me started on what could happen if the junk in space should start colliding and fragmenting in a chain reaction. A piece of debris the size of a paint chip strikes like a grenade, travelling at speeds of 17,500 mph. Not going to be any cheerier this week as I tackle Chernobyl and the garbage crisis.

I've had a bit of time to read (what with all this rain) and just completed Adrian McKinty's latest Police at the Station and They Don't Look Friendly. This is a terrific series if you're looking for a recommendation. Start with the first in the series and work your way through. I've just started reading Leslie Shimotakahara's novel After the Bloom, which talks about the Japanese being put in camps during the war in Canada and the U.S. Leslie's book received a wonderful review in the National Post a few weeks ago. Another book to add to your reading list!

And finally, I had a fun but tiring last Saturday, spending the morning at Perfect Books as part of Authors for Indies Day, and then across the city to Chapters Kanata where I spent the afternoon. Thank you to Michael Murphy for coming out to Perfect Books and bringing me a coffee and granola bar to keep me going, and to Judith Kalil and Catherine Brown for dropping by Chapters Kanata. So great to see you all. 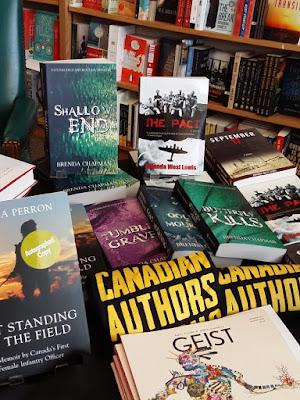 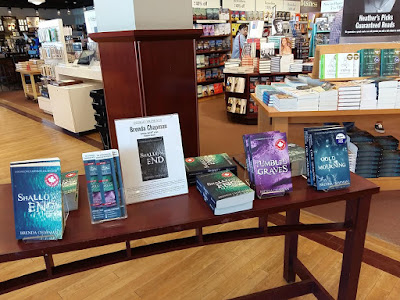