Where has May gone? It's been a crazy weather ride in Ottawa. Snow one week and plus +37 C the next. We began the month with days of heavy rain that flooded out several towns and parts of Gatineau and Ottawa bordering the Ottawa and Rideau rivers. So much devastation. But the late spring weather is leveling off and the tulips and flowering trees are in bloom. 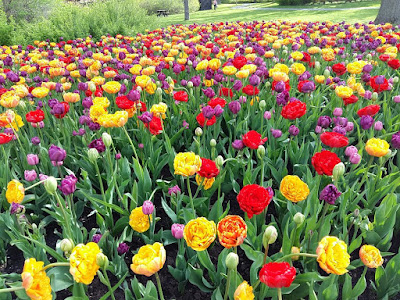 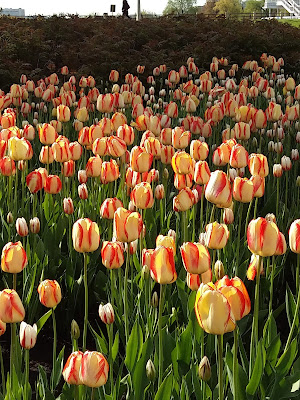 So this week, I'll be going to Toronto with a friend Katherine Hobbs to take in the Arthur Ellis awards dinner at the Arts and Letters Club. We've been invited to a pre-event get together at Dundurn. I hope to have some photos of the evening to post next week. I've also gotten word that Bleeding Darkness, the fifth Stonechild and Rouleau, will be pushed back a month with release now scheduled for May 2018. Actually, this will be better timing for a launch and signings.

My June Chapters Kanata signing has been moved up to Saturday, June 3 from 1:30 to 3:30 p.m. so that it is part of the store's July 1st celebration. I'll be at Chapters Rideau on Saturday, July 29 - these are the only signings I have scheduled this summer thus far.

Writing is coming along. I was aiming to have 30,000 words written by the end of May and am now heading up to 33,000 so not too bad. I think I have to stop for a bit and reassess the plot lines. That might become this week's work. I've been writing rather than work on the main idea paragraphs but hope to finish up the environment unit by the end of May.

So, looks like another busy week coming up. I'm hoping to spend some time in the garden as well and have some pots to fill with annuals. I love this time of year even with the crazy weather. It feels like a time of rebirth and possibility and the spring sunshine is mighty welcome too.