Running a little late today as I was shopping for Thanksgiving dinner this morning and getting ready to host tomorrow - nine of us will dine on orange bourbon ham, scalloped potatoes, pumpkin pie and carrot cake along with everything that goes along. Nothing like a feast with family and friends to make a holiday special. It is also Ted's and my anniversary today, and coincidentally, the anniversary of two couples who live across the street. We've taken to a group dinner out and last night was the night...supper at Tratttoria followed by the comedy club, nightcaps at the Prescott and a backyard fire in a fire pit as we enjoyed a last glorious evening in the summer that doesn't want to end. 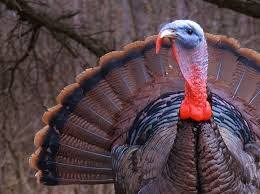 Writing is going slowly, slowly as I work to tie up the plot lines. I'm down to the last 12,000 words and these can make or break the story. Readers expect the murder to end logically and there should be enough clues carefully placed throughout the book so that they can figure it out, but the trick is to make this difficult. A challenge. I take great delight when someone tells me they were guessing until the end and couldn't stop reading.

I finished going through Cold Mourning for Booktrack and also recorded all the character names and geographical locations in preparation for the audio tapings. Michelle St John is from Toronto and not familiar with pronunciations of locations in Ottawa and the surrounding towns and she also wants to make certain that she says the character names as I hear them in my head. I have to go through Butterfly Kills too but will leave this for another week.

So, back to the keyboard this week as I try to wrap up the manuscript. Then begins the process or rereading and editing the first draft, which could take some time. Some writers will tell you that this is when the real writing begins. I'm way ahead of schedule on this one, having asked for extra time because I was wrapping up my government job and somewhat exhausted from writing two books a year for the past several. I'm going to work more thoroughly on the first edits and hopefully once I'm working with the Dundurn editor, we'll have less changes to discuss.

But for this weekend, time to relax and celebrate, stuff ourselves with comfort food, drink a bit too much wine, watch playoff baseball ... winter is coming when we all tend to hibernate, but for now we kick up our heels.