A busy writing week coming up. I'm zeroing in on 40,000 words on the latest manuscript and averaging over 500 words a day, including weekends. The writing has been flowing the last few days, which is a pleasant change from the struggle with plot I've been having lately.

The Shallow End manuscript boomeranged back yesterday late in the day. It has been edited by a copy editor and I now have to go through her edits and comments and do another check of the text. I have exactly a one week deadline for this so it will get priority over writing. The advance reader copies (ARCs) go to reviewers six months ahead of release, which will be September or October since the release is slated for  early March 2017. Once I return the manuscript by next Friday, the editor will go through it again and I get one last look in August.

Meanwhile, I'm now booked for an interview on CBC Radio in Thunder Bay when I'm up that way in a couple of weeks. I'll be on the morning show Superior North with host Lisa Laco. I was in the studio for an interview with my kids' series some years ago, but Lisa was on holidays. I've phoned in from Ottawa for a couple more interviews with Lisa but have never met her so I'm looking forward to the in-person interview this time. I'll also be at the Chapters in Thunder Bay on Saturday, July 30th from 1:00 to 3:00 pm so please spread the word if you have friends or family in Thunder Bay.

Also this week, I'm meeting up with a local book club for supper and a chat about the Stonechild and Rouleau series on Friday. I met a few of the book club members at Prose in the Park in June and look forward to seeing them again.

So it's a rainy Saturday and I have lots to accomplish at the computer. My writing buddy Trooper is here until Sunday to keep me company although he's made it clear that all work and no play makes for a dull day. 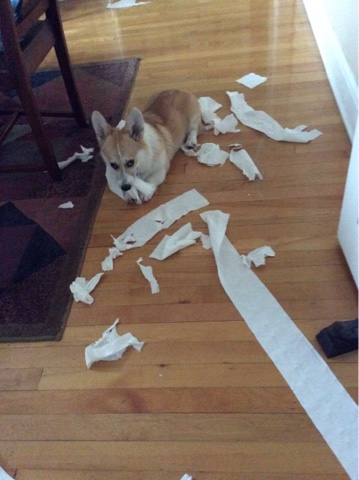