Why I'm Not Cut Out to Watch Horror Movies

I'm often asked where I get the ideas for my writing. While I believe the creative process an intangible, untame-able kind of beast, sometimes I'm surprised by random memories that find their way into my stories - totally unplanned and often satisfyingly right when they appear. And maybe, writing mysteries with a hint of the dark side comes down to one of my first childhood memories.

My father was an engineer who began his career working on the ill-fated Avro Aero - the wing flaps to be exact. When word came down that Diefenbaker was going to nix the project, Dad took a job in Kapuskasing in a pulp mill. I was born two weeks before the trek north and we lived in Kap until I was four. So this memory falls somewhere in between these events. 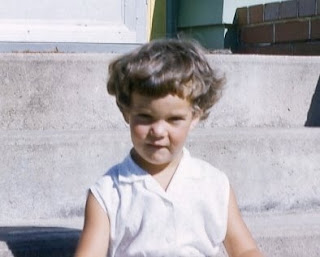 I have a hazy recollection of being in a playground on top of a hill with my sister Donna , who was almost three years older than me. I remember an older girl leading me to the top of the hill, which looked out over a river, telling me that a pirate ship cruised the dark waters looking for children and taking them away never to be seen again. I looked down the steep hill at the blackish water that disappeared into the trees and can still conjure up the feeling of utter horror. The girl, who was likely a summer camp counsellor, told me never to climb down the hillside or . . . well, that would be it for me. I'd never see my family again. In hindsight, she was probably just trying to keep a three year old from going near the water. She couldn't know that her words were the stuff of nightmares that replayed for many years afterward. For a long time, I believed I'd actually glimpsed the pirate ship going around the bend. I can still tap into the feeling when I'm writing a suspenseful scene. I can still scare myself.

Authors tap into feelings and memories and put them into words and create characters around them. While the stories are a fabrication, it's the details from real life that can make characters and situations come alive. I remember the first time someone talked about Jennifer Bannon (heroine in my YA mystery series) as if she were a real person. It was a peculiar and kind of surreal moment. In the upcoming release, Second Chances, I had a few people read the draft manuscript before I submitted it. Both told me they cried at a certain point . . . and one of my readers was a man :-)  It's a beautiful thing when readers feel what I feel and envision my characters as I do.

Well, enough of my ramble into the past for this morning. It's a gorgeous spring morning. The sun is shining and the tulips are up. Time for a little writing, a little shopping and chatting with neighbours out on the street. It's too good a day to waste . . . 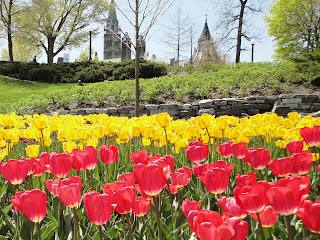