Changes on the Horizon 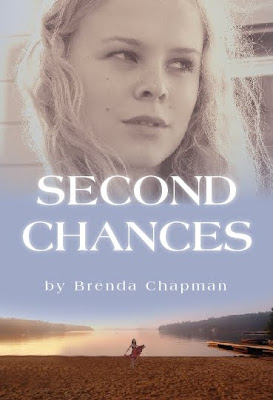 Another busy week with big news from my publisher Sylvia McConnell of RendezVous Crime/Napoleon Publishing. They have decided to merge with Dundurn http://www.dundurn.com also in Toronto. Dundurn is a well respected, medium-sized publishing house, somewhat larger than RendezVous. Both Sylvia and Allister will continue working for Dundurn, which is good news all around. I'm not sure what this means for the future, but Sylvia assures us that all book slated for 2011 publication will proceed as planned. So, Second Chances will be released under the Dundurn imprint - a new and exciting venture!
I had coffee and a chat with Tim Wynne-Jones http://timwynne-jones.com last weekend in one of the many Bridgeheads popping up in Westboro. We'd never spoken before except exchanging a few e-mails, so it was good to sit down with such an accomplished author and share stories. We also met so that I could pass him a copy of Second Chances manuscript as he agreed to read it and possibly give a quote for the cover. Anyhow, the most reassuring thing he said was that even with all his success, he's had manuscripts that he could not place with a publisher. Not many, mind you, as he has released about 40 books, both YA and adult. He also reinforced my belief in writing about what interests you, experimenting and not trying to write to trends. He also told me that he and his wife are taking a year to live their dream of a walking tour in England next year - gets one thinking that you can escape from your regular life for a while to pursue dreams.
Speaking of which, the Scotties Tournament of Hearts starts in Charlottetown on Saturday. My daughter Lisa and her team are already there, preparing to meet Nova Scotia at 2:30 tomorrow afternoon. We're making the trek with cow bells at the ready. It promises to be a most exciting time. You can follow along on TSN or check out the website at http://www.curling.ca/championships/scotties
This week, I've been reading Awesome Author entries and am almost through two of the three age categories. The kids' writing has been uniformly good so it's been a pleasure to read their stories. I have quite a tight deadline since the awards night is in March. Luckily, I've gotten an early jump.
So, lots going on and lots coming up. I see lobster, clams and a salty breeze on my immediate horizon. All good.
Posted by 7 Criminal Minds at Friday, February 18, 2011