A Little Catch Up

Spring is officially here and the big melt is on in Ottawa. Time to clean stuff. Get out the barbecue and lawn furniture ... well, maybe in another month. The morning sunshine and later sunsets sure are uplifting though.

Again this week, I worked on the return edits for Killer Heat, the Anna Sweet manuscript. There weren't too many more changes to review, and I have to say, the novella is coming together nicely. We still haven't settled on a cover so that will be the next thing and I'll have to write a cover blurb. You might wonder who writes all the cover blurbs - for my books, I've written every one! I've looked at other covers of mystery and thriller writers whose work I like and tried to use the same technique and style. There's an art to writing an effective one for sure. You have to give some of the plot, but not too much, give a taste of the suspense, and entice the reader to want to read the book. Then the publisher adds a little bio and some recommendation quotes and voila! 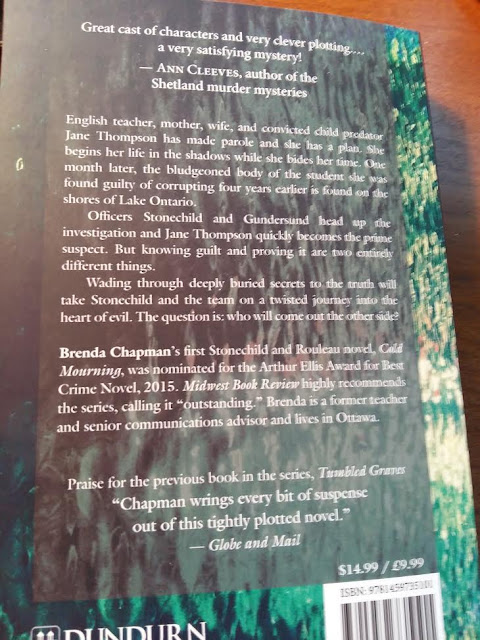 I also got in some writing on the latest Stonechild book, now approaching 10,000 words. the characters are taking shape and the crime is in the works - it's taking place over a few chapters. I actually stopped and made chapter notes this time so I feel quite organized :-) Every book is like jumping off a cliff - never sure if the parachute is going to open.

I'm going to have to step back from writing and editing soon to get into the marketing and publicity side of this profession. I've agreed to a few events: April 16, I'll be one of four authors appearing at the meeting of a local group of about thirty members and April 18 is the Arthur Ellis awards shortlist event at Chapters Rideau from 7-9 p.m. And of course, the Ottawa launch of Bleeding Darkness will be Sunday, June 3 from 2-4 p.m. at the Cross on Elgin. All welcome. I still need to send out the invitations and I'm going to see about lining up some Chapters signings as well. My publicist and I have come up with some information for media and I hope to get some interviews. In this regard, my hometown local newspaper phoned this week and interviewed me by telephone.

The book I'm reading this week is American Marriage by Tayari Jones, which is an Oprah bookclub pick. The writing is great and so far (am half-way through) a good read. I've also been watching Offspring on Netflix - an Australian comedy/drama recommended by some friends. In the episode I watched this week, a main character unexpectedly dies - I looked the series up online and apparently, when this episode played in Australia, the country was devastated. So much so, the actual Australian police had to put out a news release reminding people this was a fictional character and to stop phoning in asking for an investigation. Needless to say, the series draws you in, but it's a time investment with seven seasons and about thirteen episodes for each. Until the weather really starts warming up, I've got the time to watch ...

Have a good week, everyone. Not much longer until the tulips are up! 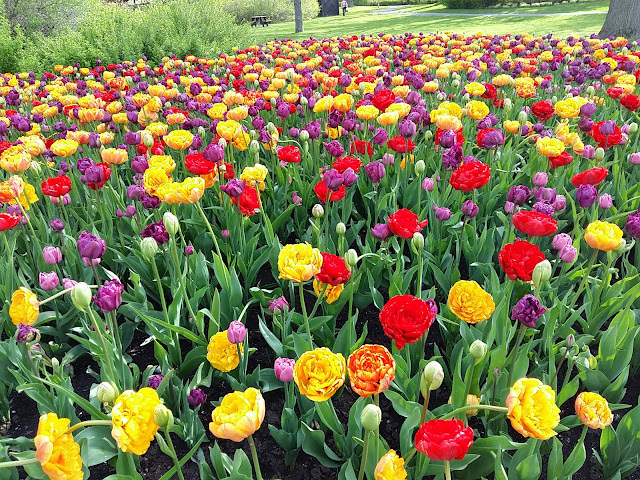