I didn't start the next writing project this week but instead took some time to clear my head and renew the creative synapses. With all the free time, I wrote a few blog posts for Team Homan's social media project when we're in South Korea.  All of the team's parents have been asked to contribute. I'll post the blog link and you can follow along when we're at the Olympics. The games begin February 9 and I believe Team Homan's first match is February 13.  About three weeks from now!

The seventh installment of the Anna Sweet novellas is entitled Killer Heat and I sent it to the publisher Pat Campbell last weekend. She read it Thursday and sent me feedback that she likes everything about it. I take that as a resounding thumbs up :-) It's now with the editor and we're thinking of cover ideas. 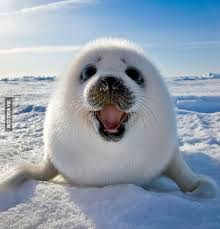 It's always such a relief when a manuscript gets the seal of approval from the publisher. Tim Wynne-Jones was guest speaker at the Capital Crime Writers Christmas dinner a few years ago and he presented us with his mock diary about submitting a manuscript to a publisher and the anguish of waiting for feedback. As time passed, his entries went from believing his work to be genius, to not that great, to utter crap as he tried to read meaning into the publishers' silence. Of course, the publisher loved his book in the end.

Writers really are an easily discouraged lot. However, at our cores, those of us who stay in the business for very long develop a stiff resolve as well as a self-effacing sense of humour - much like Tim's. I think we build our resilience at bookstore signings that can be humbling for writers who haven't built up a following. Most writers can tell you about signings where they've sold no books. Linwood Barclay, who has international fame and much well deserved acclaim for his mysteries, tells a story of going to a Chapters in a mall for a signing and no customers were in the store. He was supposed to do a reading but nixed it since he'd have been reading to an empty room. The road to becoming a success is usually a long and rocky one.

One last story. I was at an author event where one of the children's authors had framed a letter from a grade school boy who'd written to tell her that he hated her book and that everyone in his class hated it too. The book went on to win the Governor General's Award. Bad reviews can also build character :-) I'd say good reviews build motivation to keep writing .... so don't ever lose heart my fellow writers. Keep working on your craft and enjoy the journey.

Okay, so enough author-reflection for one morning. I've been doing a lot of thinking about my next Stonechild book and plan to sit down and work on the first chapter this week. It's an odd feeling not having a manuscript on the go, but also exciting to embark on a new project.

Time to get organized and get this day underway ... but first, another cup of coffee. 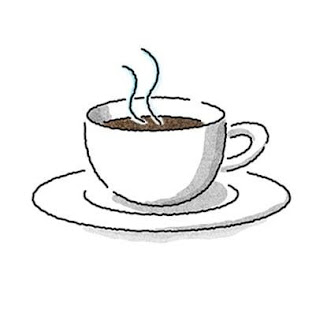