A very good week that was.

Yesterday, the Globe and Mail posted a review of Shallow End on their site and it was terrific! Margaret Canon is the best known Canadian crime fiction reviewer with a wide reach. Also pleased to see my new crime-writing buddy Rachel Greenaway got a great review as well - might call for another celebratory drink next time we get together :-)

The Chapters Rideau book-signing last Saturday went very well. My favourite moment was when a mother bought Running Scared (first in my YA series) for her daughter. About half an hour later, they were back to buy the rest of the series. The Mom said that her daughter was a reluctant reader but she started reading the book in the store and refused to leave until she found out what happened in a particular chapter. They were heading off in search of a reading spot after they bought the books. Also, thank you to Joey Taylor and Derek Nighbor for coming by to say hello and to purchase a copy of Shallow End. I've been delighted to have friends come out to almost every book store signing this year because of social media postings, some coming great distances. Thank you to everyone for your support. 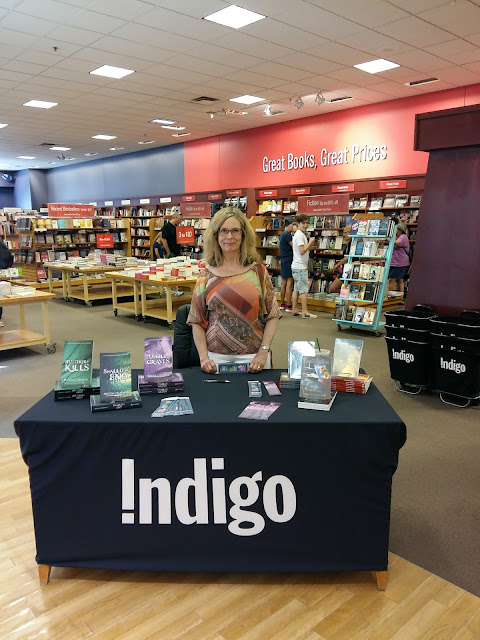 Also thank you to Gayle Jabour who sent these photos from the North Kawartha Library. How great is this! 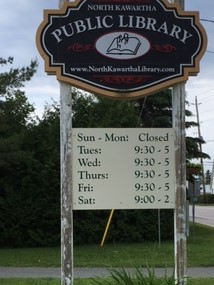 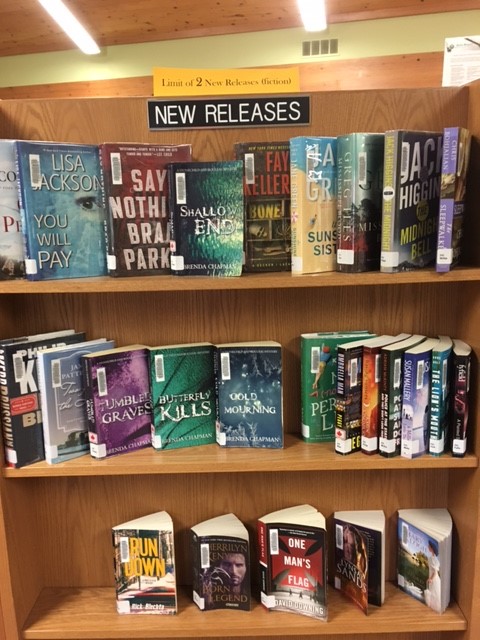 The editing for Bleeding Darkness was delayed a few days and I'll be getting the Dundurn editor's changes to go through on Monday. She was a third of the way through the manuscript mid-week and said it was in good shape so hopefully my review won't take too long. She was enjoying the story so first comments are good. Until then, I'm plugging away on my latest manuscript, now into the last third.

We're into the August long weekend and hard to believe the summer will soon be morphing into autumn. I received the names of the other authors on my police procedural panel at Bouchercon in October and looks like  a most interesting group that includes, two Scots, three Americans, one of whom lives in Greece, and one Canadian (me).  October isn't that far off!

But for now, still lots of long summer days to enjoy....

Last week, Ottawa was host to a giant mechanical spider and dragon. I came upon the dragon in the Byward Market after my Saturday signing. Mighty impressive! 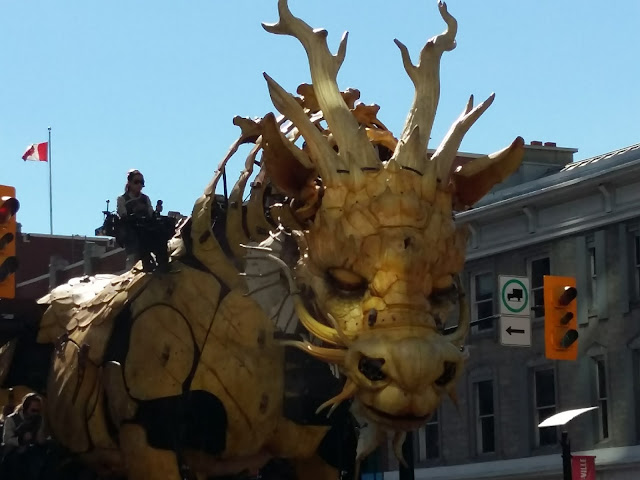 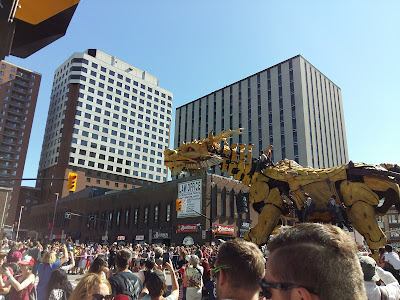