My biggest achievement this past week was the release of my fifth Anna Sweet mystery/novella entitled No Trace. A high school boy disappears after class one day and six months later, Anna is hired to find out what happened to him. The mystery takes place in Ottawa South with the setting shifting around Ottawa and out to Carp. Good news is that I've been contracted to continue the series with the manuscript for the sixth book due at the publisher's in April. You can read the first chapter posted on the Grass Roots Press site. 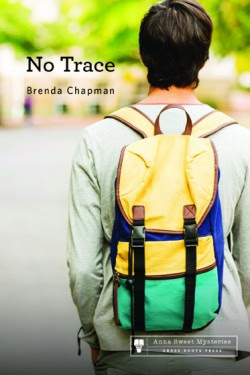 Looking back on recent blog posts, I realized that I didn't share the locations of the two Kingston photos from the field trip last month to check out sites in the latest Stonechild manuscript. The woods scene is from the Rideau Trail, which runs along the west end of the downtown. The pub photo is the Iron Duke on Wellington. Both locations figure prominently in this story. (And here is proof that Ted made it out of the woods for all you doubters.) 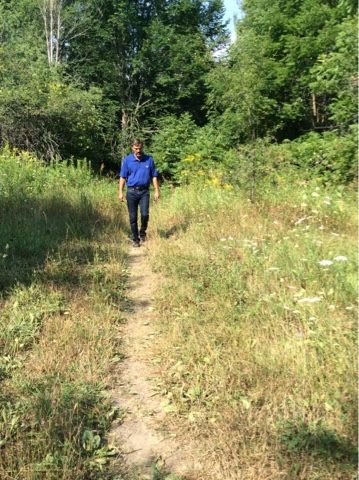 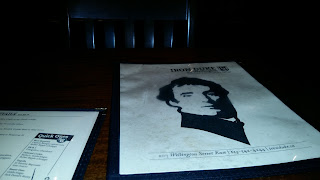 One reason for my lower count was the three-hour lunch I had yesterday with one of my favorite Ottawa crime writers Mary Jane Maffini. Over crab cakes and sambuca shrimp, we talked writing and author stuff and caught up on our projects. So good to talk shop with someone who spends as many hours alone at the keyboard as I do and understands the ups and downs. As always, lots of laughter.

I finally bought Stephen King's book On Writing, which is consistently recommended as one of the best books to read on the craft. A good read and feels like Stephen is in the room having a chat, his voice is that clear. I recommend the book for anyone writing in whatever genre. A little glimpse behind the curtain.

Happy first week of September, everyone. It's been a lovely one in the Ottawa Valley with lots of sun and heat on the horizon.