Lots going on these days, writing-wise.

I spent a most enjoyable afternoon last Saturday at Perfect Books. The owner Jim was in the store, working on paperwork as he prepared for a three week vacation with his wife in the tropical clime. He took several long breaks to come chat and we had a steady enough stream of customers stop by to buy books. Cortez had the day off but dropped in to say hello as did Capital Crime Writers president Michael Murphy, pictured below with his copy of Butterfly Kills. I signed some stock - almost sold out of Cold Mourning but several copies of Butterfly Kills still available. 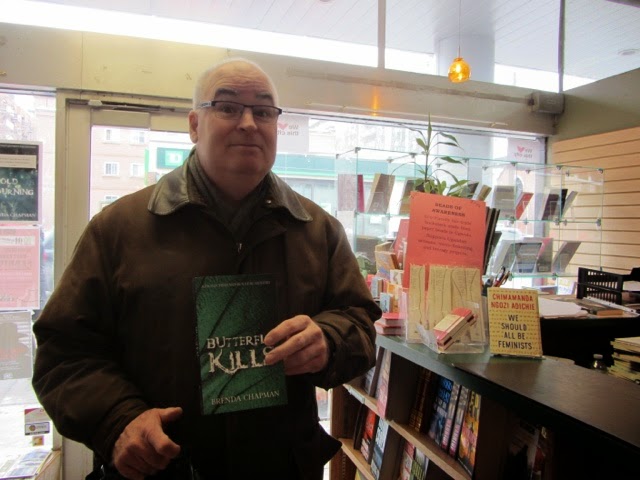 The CFRA Radio 1200 interview was Monday morning at 5:45 a.m. and posted as a podcast  for the week. Not sure who is up that early listening, but luckily, you can still access the podast - Click play for the March 9 In Target Ottawa entry.

I'm also going to be on CBC Radio Thunder Bay one morning next week, between Wednesday and Friday. The show is Superior Morning with host Lisa Laco and this will be my third interview although the first for the Stonechild and Rouleau series. I'll also be answering questions from readers  on Bitten by Books, starting late Tuesday afternoo. Butterfly Kills was reviewed in advance on this site.

And I've managed to get in some writing on the latest manuscript, for which Dundurn has expressed interest in publishing after some e-mail exchange with the acquisitions editor. This means some work for me, writing up the synopsis and series arc - I think I need some time off to get everything done that needs doing, including the pesky tax return. (How in the world can it be tax time already?)

Spring teased us earlier this week for the first time after the looooog cooooold winter and lifted our sorry spirits just enough to crush them with snow and freezing rain starting yesterday with a cold week ahead. I was in Monterey last year at this time at Left Coast Crime and think I might have to sign up for it again next year in Phoenix in order to maintain my sanity, which is slipping with our plummeting temperatures.

Ahh, Monterey in March, touring up the Big Sur highway.  It was the best of times.... 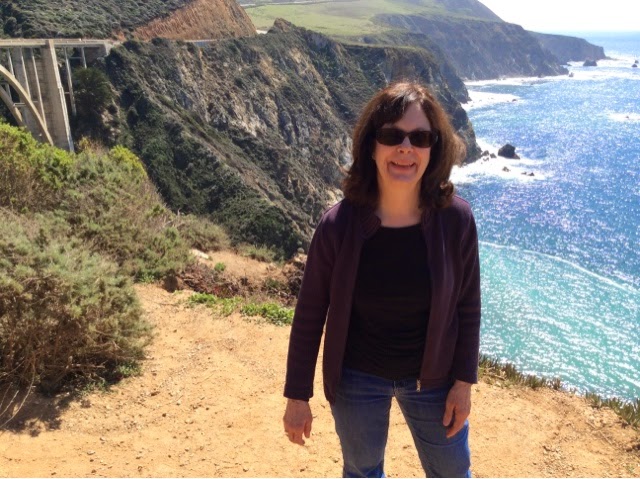