I've found it hard to get to my computer to get in writing time this week. Life seems to be picking up speed and I don't see it slowing down anytime soon.

This upcoming Wednesday evening, I'll be appearing at the Mystery Cafe along with Barbara Fradkin and Mary Jane Maffini with MC Mike Martine and musical guests. This is part of the Writers Festival and sponsored by Crime Writers of Canada and Apt 613. You can book a spot - Grounded Cafe is on Gloucester near Metcalfe. I'll be the last author on stage as I have to curl first .... speaking of busy.

I finished the second round of edits on A Model Death and punted the manuscript back to my Grass Roots editor Pam. I imagine I'll be seeing it one more time before we call it a wrap. I also received the four cover designs yesterday - one of my favourite moments of the process. You'll have to wait a bit longer though for the unveiling.

The trip to Kingston last weekend gave me some good locations as I frame out the plot for the fourth Stonechild and Rouleau. It was great to be touring around the city on a cool and rainy October day - just the setting I pictured for the opening chapters. Can you picture finding a body in the photo below?  Ted gamely drove me all over the place while I took photos and described what I was after. He did, however, refuse to get out of the car to check out locations up close.....not quite sure why :-)
But he did agree to join me for a beer at the Merchant pub on Princess Street. My cops make this their after work meeting place, so of course, we had to check it out. I think we checked it out the last time we went on a location search too. Just suffering for my art. 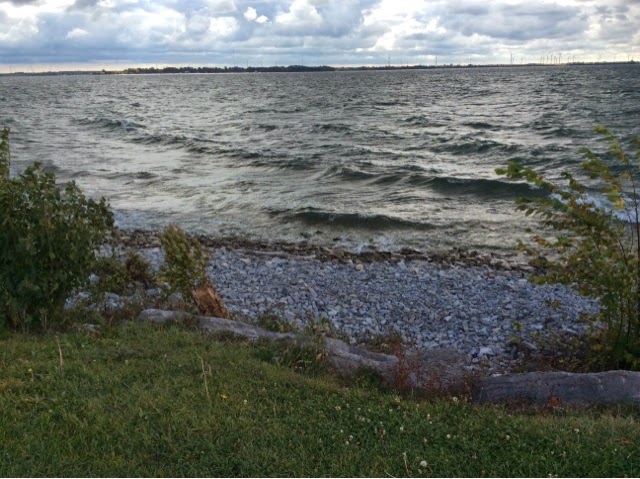 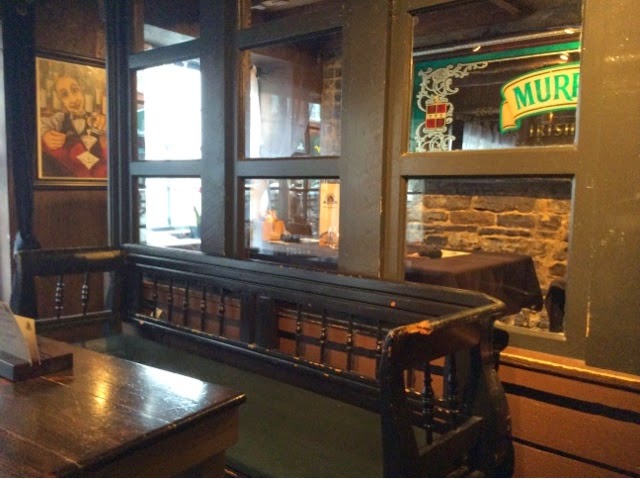