My Travels in Toronto and Sorrento 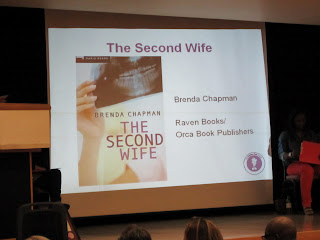 I took Via Rail to Toronto Wednesday morning and met up with the Dundurn team, including Marta Warner, my publicity go-to person: 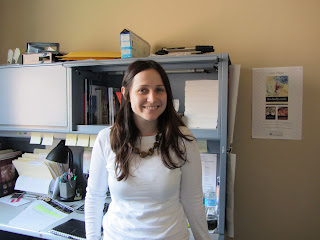 Allister Thompson, the editor of all my books (with the exception of The Second Wife, published by Orca): 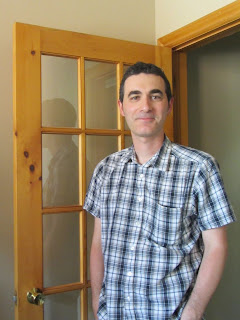 And Sylvia McConnell, Acquisitions Editor for Dundurn and past publisher of RendezVous: 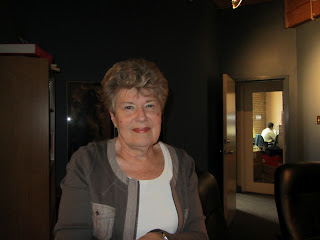 Dundurn has a team of 24 hard-working and dedicated employees - I met a few others, including Beth Bruder, the VP, who gave me insight into the workings of their business. Thank you to everyone who took time out of their busy day to meet with me.

Thursday, I headed over to the North York Library for the Golden Oak celebration. It was great fun. I brought along my good buddy Dawn Rayner as my guest and photo-taker - two other nominees attended - Kathy Stinson and Janet Wilson and we had a chance to talk before the event. I'd seen their names many times before and was pleased to have the chance to get to know them, if only briefly.

About 300 adult literacy learners were in the audience so a very full house: 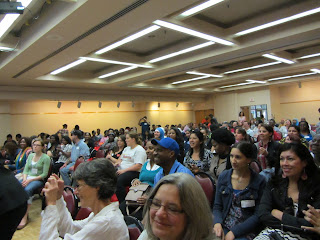 It began with keynote speaker Lesra Martin, a Vancouver lawyer who was illiterate until age 16. He was also instrumental in gaining the release of former boxer, Rubin 'Hurricane' Carter in 1985 after he served 20 years in prison - Lesra's story is told in the Denzel Washington movie The Hurricane. He is an engaging and inspirational speaker. 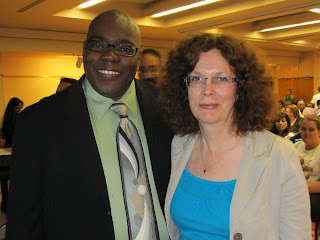 Congratulations to Cindy Watson for winning the Golden Oak for her book Out of Darkness: The Jeff Healey Story. While The Second Wife didn't take away the grand prize :-) I was very moved by the introduction it received from adult learner Marcela Pawlowska. She concluded by saying that she wasn't a reader before she read The Second Wife, and now she is. Words to make an author keep on writing.

Now, let me take you back to the second leg of our Italian journey. After five nights in Rome, we took the train south to Naples where a driver picked us up and took us down the Mediterranean coast to the very beautiful town of Sorrento. It is a tropical retreat with palm, lemon and orange trees . . . and lemoncello. This is the view from our hotel balcony: 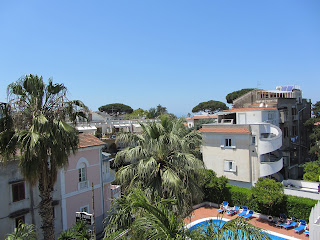 And the Mediterranean Sea was just a short walk - Mt. Vesuvius can be seen across the water with Naples at its base: 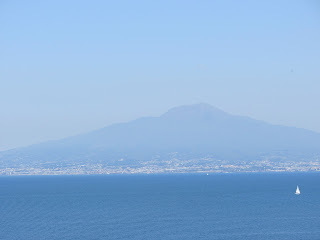 Ted and I decided to spend the day roaming around Sorrento while our travelling mates Jan and Frank headed off to tour Pompeii, the city buried by 4-6 metres of ash and pumice when Vesuvius erupted in 79 AD : 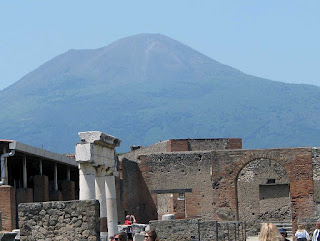 Sorrento downtown is a warren of streets, shops and restaurants: 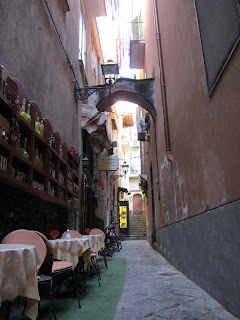 With a steep climb down to the sea: 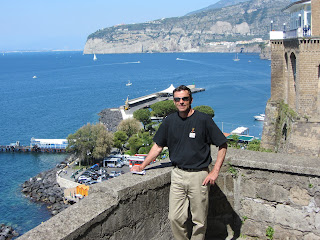 Day two in Sorrento, Ted and I caught the local bus to Positano, a town built into the side of a cliff part-way down the Amalfi Coast. They drop you off at the top of the hill and then it takes about half an hour to climb to the base. We spent the day on the beach and settled on the ferry back to Sorrento after considering the steep climb back up the cliff to catch the bus. 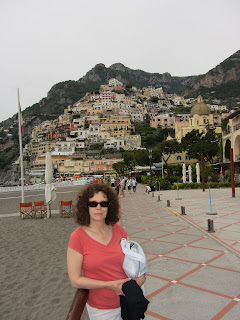 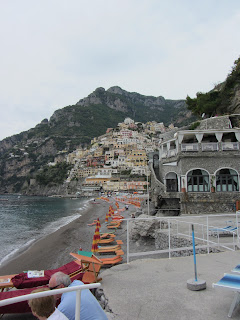 And a final trip down the road from our hotel to the look at the Mediterranean our last day before our driver came to take us back to Naples where we caught the express train north to Florence - my final installment on our Italian holiday next week! 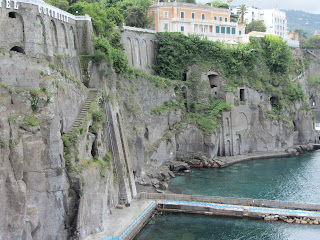 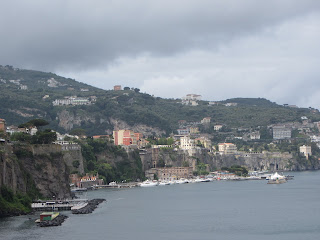