Off to the Polls

The Second Wife hit the shelves this week. I received my copies in the mail on Wednesday and find it a fine little read. I've been invited to blog about the Rapid Reads series and have done so in a few places, including the Crime Writers of Canada and thriller writer Julia Madeleine blogs. There will be another piece out on Tuesday on Mystery Maven Canada blogspot that you can check out on the day. 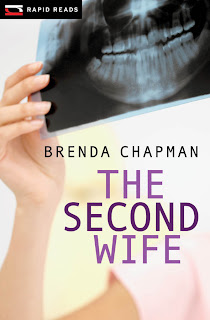 Next week promises to be busy. I will be presenting the English short story awards for the Ottawa Public Library's (OPL) Awesome Authors contest at Ben Franklin Place on Tuesday evening. I'm also going to a photo shoot later in the week with photographer Christine Tripp because I've been asked for a new cover photo for the next YA book, Second Chances. I'm told that the release for this book has moved to the spring because of the Dundurn merger.

Chris Forrest and I will be working next week with Michael Murphy of the OPL to publicize an April 12th evening hosted by Tim Wynne-Jones at the main branch on Metcalfe beginning at 7:00 p.m. We'll do a few readings and then sit down to chat with Tim, who'll be playing the role of interviewer. It should be great fun and all are welcome. The price is right. Free.

So today, the federal election offficially begins. I don't know about you, but I'm finding Canadian politics more and more interesting. Watching what is said and what is not said can make the truth tough to decipher at times. I'm not a fan of smear tactics and negative campaigns. I wish the politicians would stick to their own policies and vision for Canada and not try to confuse us with red herrings and spin. Maybe I'm dreaming. Maybe the public is hooked on controversy and image. I think the politicians should not underestimate the voting public though. On our part, the voting public has to get out and vote - people in some countries are dying for this right that we take for granted.

I know that news spreads fast in this day and age, but here's a story about how fast. Our fridge has been in death throes for a few weeks now, so we had a new one delivered this morning around 10:30. Almost immediately afterwards, I received a note on Facebook from a neighbour some streets over, commenting on the fact we had a new fridge.

I think I'll be closing the curtains next time I change my clothes.
Posted by 7 Criminal Minds at Saturday, March 26, 2011