I'm currently in Cornwall watching my daughter Lisa curl in the Shorty Jenkins annual spiel. There are many of the top teams here, both men's and women's so an exciting event to start off the season. Needless to say, I won't be getting much writing in this weekend.

I was on 1310 News Radio The Power Lunch on September 3 and the first segment is about my writing and curling, including the Shorty if you have time to give a listen.

I managed to settle back into the writing groove over the past week in addition to working on the publicity tasks on my to-do list. Dundurn asked for a blog post about ending the series that I wrote and submitted on Wednesday. I also completed a form required for every book to help with marketing, leaving one more big document to complete. I've also got a Q and A interview to do for Dietrich Kalteis's blog, named Off the Cuff, due in October. I see Dietrich's September 1 post is an interview with Frank Zafiro, who will be interviewing me on his podcast later in the year. Frank is a most interesting guy so check out Dietrich's blog. Dietrich is a talented West Coast author whom I met a few years ago at Prose in the Park where we were on a panel together. Here we are with Ian Hamilton who is taking the mic from me - I appear to be ribbing him about something. 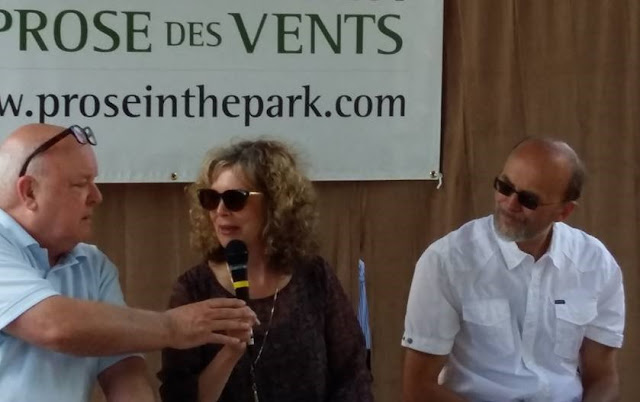 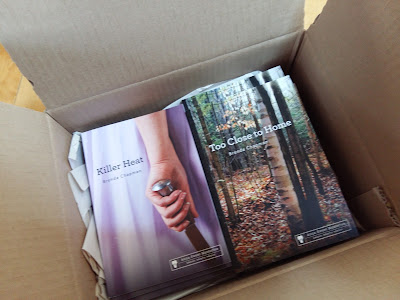 I also have to thank a couple of reviewers for their posts about Turning Secrets. Author and reviewer Jim Napier's review is in The Ottawa Review of Books, in which he says, "Yet another fine novel from this talented and insightful author". The second  review is from James D. A. Terry, who also writes under the name Solomon Knight, another author/reviewer who calls Turning Secrets "a brilliantly written, suspense filled and multifaceted police procedural".

Well, I'm off to the curling club to watch more first-class, top-notch curling. The organizers will have the coffee on to kick start another nail-biting day at the rink. It's sure to be an exciting weekend!