So that was some week! Two store signings and three television interviews, including an overnight trip to Kingston. The Global interview was in the CKWS Kingston studio yesterday morning and you can view the clip.

A few photos from the signing at Novel Idea - a lovely bookshop that you need to visit when you're next in Kingston. 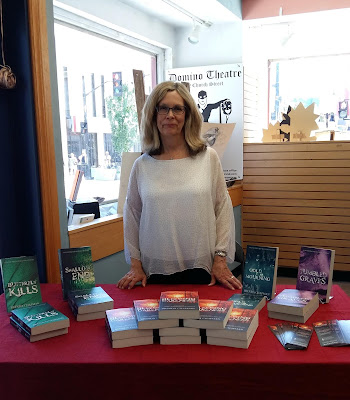 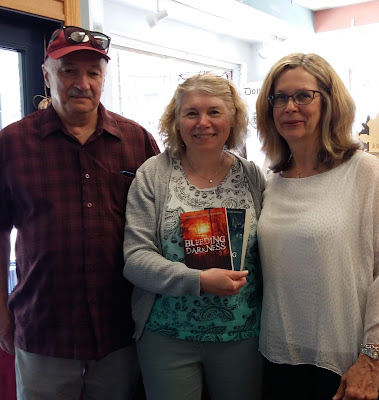 With Kathy Prairie and her husband Bill - Kathy is a mystery/thriller author and we had a chance to catch up over dinner the night before.

The Hollywood in the Valley taping was downtown last Saturday with host Matt Demers. The episode will be on Bell Fibe tv On Demand but I'm not sure of timing. This was a light-hearted interview and we managed it in one take. I couldn't recall what I said until later talking to Ted when I remembered his name came up a few times .... lucky for me he has a good sense of humour. I'll let you know when the show airs once I get the word. 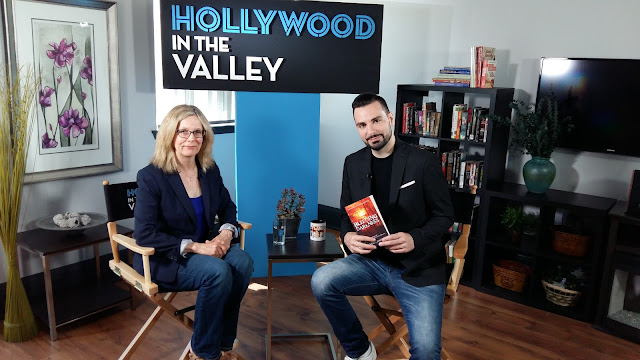 On set with Matt Demers aka Mr. Hollywood

And Tuesday, I was on the Power Lunch on radio 1310 News with host Mark Sutcliffe. The show was broadcast simultaneously on Cable 22 television. The other guest was Ottawa lawyer John MacDonell, who was Chief of Staff for Peter MacKay when he was Minister at Defense and Foreign Affairs. We were given five topics with multiple choice opinions in the morning about topics in the news that day. It was a fun experience and I enjoyed meeting Mark and John, both interesting, friendly men who made me feel welcome.

Nothing planned this week so I can get back writing. I have about 5000 words to pump out by the end of the month to stay on the schedule I've set for myself. I alternate between working at the computer in my office and taking my laptop outside onto the back deck. More often than not, I get the bulk of my writing done in the afternoon once I get the running around and social media stuff done.

I should also have time this week to get back in my garden. A shot of the poppies in all their glory! 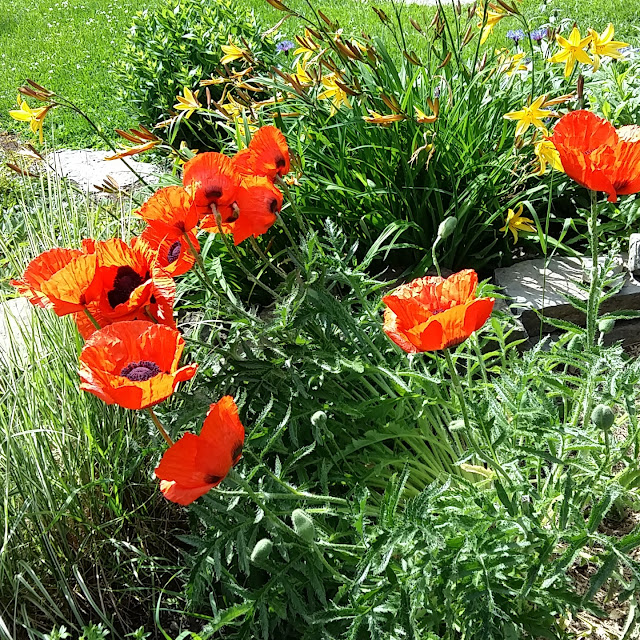