We woke up to more snow on the ground today, April 7th when average temperatures should be around ten degrees C. We've had rain, sleet, strong winds and frigid temps this week just to make our lives interesting. Someone said that we're having our 22nd winter ... this year. 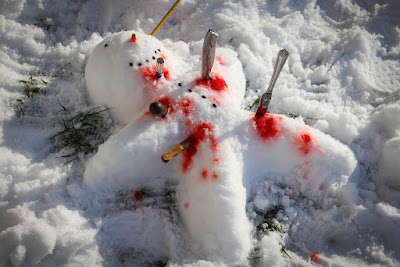 Killer Heat, the seventh Anna Sweet novella, is now fait accompli. My editor Pam and I made our final changes and she submitted the final manuscript on Thursday. The cover design was also chosen this week and I'm now tasked with writing the cover blurb. I'm contracted for one final Anna Sweet after this one but it's not due for another year.

I also heard from Dundurn about the Turning Secrets manuscript. I'll be working with the same editor as I had for Bleeding Darkness, Shannon Whibbs, and we get started on the editing this month. This one will be released next year so you can see that we work well in advance of publication - I submitted the manuscript in December last year!

Also this week, I spent a few days reading through short stories for Capital Crime Writers' short story contest as I'm one of three judges. I've whittled the pile down and will read through my top contenders this weekend once again to determine order of finish. After that, I'll compare my list with those of the other judges and the discussion will begin until we reach a consensus. Our short list will be announced the evening of the Arthur Ellis short list event on Wednesday, April 18 from 7-9 p.m. I'll be taking part at Chapters Rideau alongside several of our city's crime fiction writers and all are welcome to join us.

I didn't get much writing done on my latest manuscript and feel unsettled about that. I set a weekly word count for myself that I fell well short of and I have another busy week ahead so not sure how much writing I'll get in. At some point soon, I'm going to have to pick up the pace. This will be the last Stonechild and Rouleau mystery and I'm working to wrap up the storylines for my cops. Maybe I'm dragging my heels because it's hard to say goodbye!

So, that about does it for my writing-week round up. I also curled my last games of the season this past week - I was on three teams - finished first overall in two of the leagues in weekly play. Perhaps the winter weather will now decide to wrap it up too. Time to get the bike out and get into the garden.
Barbecues, long summer evenings on the verandah with the neighbours, walks to our local put to sit on the rooftop patio, dinner outdoors ... can't come soon enough. 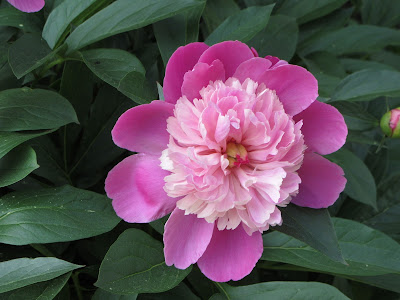