Live From Bouchercon - Day One

Well I've made it to Toronto and four days of Bouchercon but we need to back up a few days. Tuesday evening, I had the pleasure of interviewing Ann Cleeves and Barbara Fradkin as part of the Ottawa Writers Festival. We met at Southminster Church in Old Ottawa South and were greeted by an audience of over 200 people. True confession: I'd never interviewed anyone before and was slightly nervous, but really needed have been. Ann and Barb were great and didn't pass on any of my questions. It truly was a delightful evening. 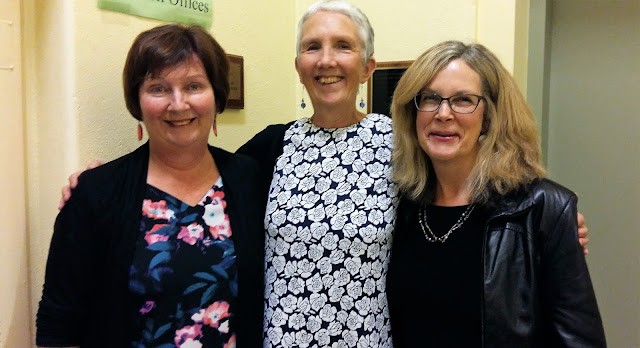 Barbara Fradkin, Ann Cleeves and me 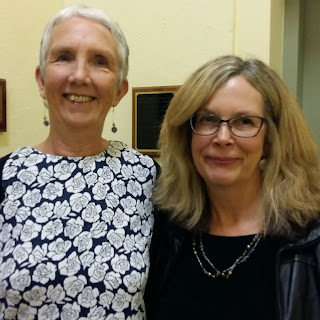 So, not so bright and early this morning, Barbara Fradkin (pictured above) picked me up and we took the 401 to Toronto, stopping in Cobourg at the Mill Tavern for a late lunch. I actually caught an Uber from somewhere in Toronto as Barb was visiting her daughter first, and made it to the Sheraton around four o'clock.

I checked in and went exploring, meeting several people I know along the way. Mainly Canadian people. I exchanged a few words with Howard Engel in the book room - he is one of Canada's icons in the mystery-writing genre, but didn't feel up to asking for a photo ... yet. After a brief rest, I met up with nine other Canadian authors (all women) and we went for supper in the hotel. Then off to the bar. This is a massive conference with about 1700 attendees. I didn't recognize many of them pouring through the bar, but a lot are Americans and a lot look young.

Tomorrow starts bright and early with a trip to Dundurn publishers for coffee. I'll let you know what I get up to at the end of the day ....
Posted by 7 Criminal Minds at Thursday, October 12, 2017