Word on the Street in Toronto last week was one of the hottest days of the summer. Steamy. Cooking eggs on the sidewalk hot. Held at the Harbourfront, this was my first time attending and I had a good time chatting with other authors and shared a table with Judy Sheluk and Kathy Prairie, whom I'd met at Left Coast Crime in Phoenix a few years ago. Ian Shaw who is president of Ottawa Independent Authors and spearheaded Prose in the Park for the last three years dropped by to chat as well and it was great to see him. 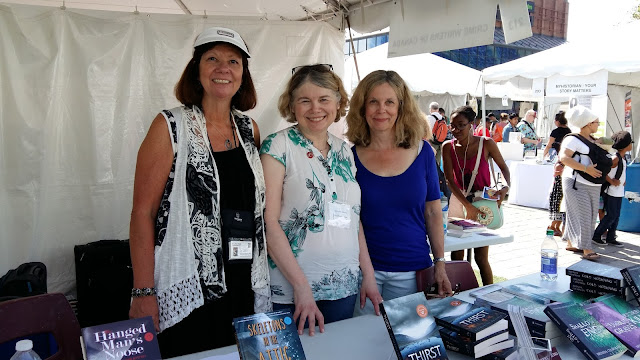 Judy Sheluk, Kathy Prairie and me 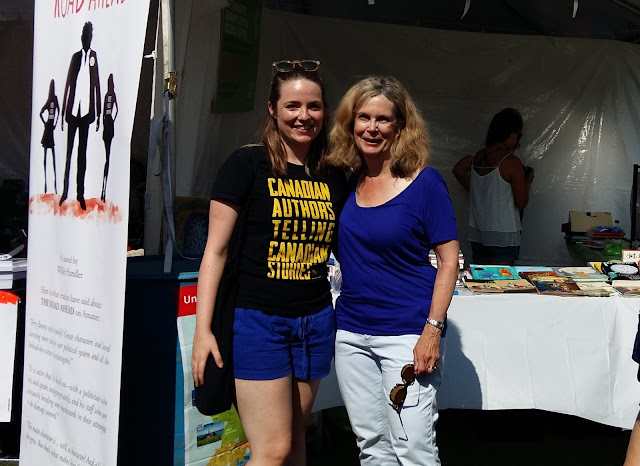 I met up with my publicist Michelle Melski at the Dundurn tent and we caught up on book news. Michelle let me know that the audio books for both Cold Mourning and Butterfly Kills, read by the terrific Michelle St. John will be released November 25th. I'm really looking forward to hearing the final versions. These are the first produced by Dundurn so they were a trial balloon but Michelle says they turned out great even if they took longer than expected.

So just over a week before I have the pleasure of interviewing Ann Cleeves and Barbara Fradkin as part of the Ottawa International Writers Festival. You can order an advance ticket and join us for what is certain to be a most interesting evening. I know that I'm looking forward to it!

Then, off to Toronto again to Bouchercon, the largest mystery conference going and one usually held in the U.S. I've attended twice before in Baltimore and Cleveland with each drawing in about 1,500 fans and authors. I'll be taking part in a few Crime Writer of Canada activities, including the quizz Friday evening. My panel entitled Blue Detectives is Saturday from 4:00 to 5:00 p.m. with David Mark, Jeffrey Siger, Andrew Case, Brian Thiem and moderated by Caro Ramsay. If you click on the links, you'll see that these include three Americans and two Brits with me holding up the Canadian end. Looks like a not-to-be-missed session!

A busy October ahead. I hope to see you along the way.

Have a good weekend everyone.
Posted by 7 Criminal Minds at Saturday, September 30, 2017